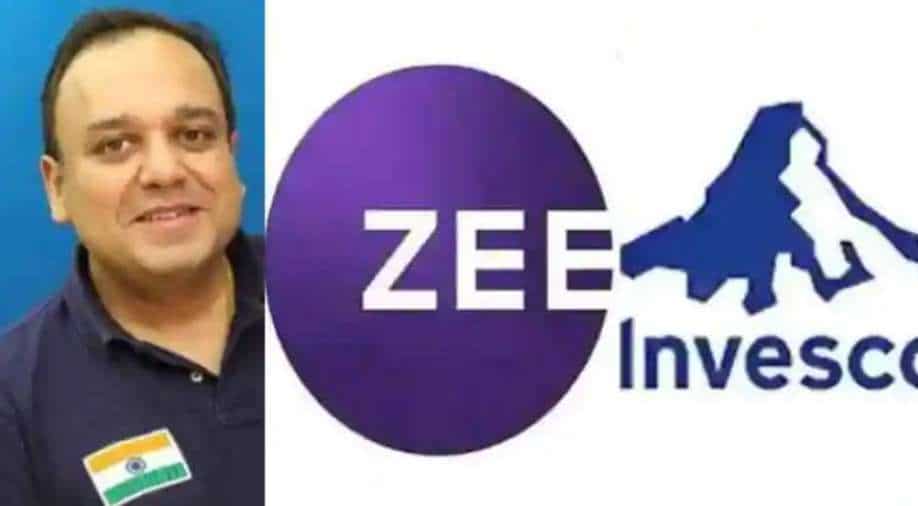 ‘Punit Goenka Is The Preserver’

In an article titled ‘In This Proxy Corporate War, Punit Goenka Is The Preserver’, Dr Anurag Batra explains,, “What lies behind the Invesco-Zee dispute? Why is an otherwise win-win partnership facing obstacles? What really should be the steps to consider?”

A media observer for over two decades, Dr Anurag Batra, writes, “I have been wanting to write this article for nearly three weeks now but I held on to my counsel in the interest of maintaining a balanced approach, waiting for the situation to unfold completely before I gave a detailed perspective. However, with new and incongruous facts emerging each day, I could not stop myself from writing this today. I have been a student of media for 21 years now: learning, observing and writing about the dynamic Indian media has been both my passion and profession.”

“I co-founded the exchange4media Group in 2000 and acquired BW Businessworld, eight years ago. The larger part of my career has focused on closely studying the Indian media and entertainment industry. I have had the good fortune of knowing and understanding the nature of this business firsthand through interactions with all leading stakeholders. I have had close engagements, professional relationships and deep friendships with media owners, CEOs and large investors. Therefore, I am confident that what I write with a fair amount of conviction in this article, is borne out of my deep-rooted knowledge and understanding of this space,” Dr Batra added in the column.

Dr Batra says, “The Navratris are in progress, and Ashtami today is an auspicious day for the Hindus. As a man of faith, I believe in the trinity of our Gods – Lord Brahma, the creator; Lord Vishnu, the preserver and Lord Shiva, the destroyer. The ongoing disagreement between Zee and a section of its investors fronted by Invesco, to my mind has a comparison with this trinity in its earthly manner. In this ongoing fight, I see Dr Subhash Chandra as the maverick creator (of the brand behemoth Zee), his son, the Zee MD & CEO of over a decade, Punit Goenka, as the preserver of the stupendous shareholder wealth the conglomerate has created, and counterintuitive one of the shareholders, Invesco, as the destroyer of the shareholder value.”

Dr Batra further writes, “This emerges mainly from the startling revelation last night that the key driving factor behind this rigmarole is Invesco’s quest to bring in a large conglomerate to acquire and merge Zee into its existing media holding vehicle. What got tongues wagging instantly is the fact that such a deal was undervaluing Zee substantively, a fact that has been subsequently proven by the valuation accorded to the media giant in the deal with Sony. Why was Invesco doing this Tandav? One can argue that to create afresh, you need to do creative destruction. But the destruction in question would have created value only for new shareholders while leaving the existing shareholders to bear the loss. In the overall context, another question that begs an answer is what is keeping Zee’s stock prices low with downward pressure, when in fact its financial performance continues to be consistently good in a market that has been exuberant to the extent that it has grown to 2X in the recent past? Who is instrumental in keeping this? What are the factors at play leading to this low stock price? Who does this help and who does it harm?”

Highlighting the key facts that need to be kept in mind, Dr Batra writes, “The deal was initiated by Invesco, not Zee.

• Punit Goenka was proposed to be the MD & CEO of the merged entity in that case as well. So why the about-turn now that an even better deal, providing greater value to shareholders has been proposed?

• That deal guaranteed 7-8 per cent shares in the new merged entity to the promoter group. So why is Invesco questioning anti-dilution protection to the promoters in the Sony deal?

• It is a known fact that Punit Goenka represents Dr Subhash Chandra in the larger scheme of things at Zee, and the company has been performing well for years. It seems however that the intent is that since he is not going ahead with the preferred deal of this particular investor, the proposal to remove him and bring multiple new Directors on board is to swing the deal.

• In the greater context, the question arises as to why Invesco failed to disclose a deal with another large business group as the driver for this ugly public corporate battle. To the general observer, it appears that the allegations being made by Invesco on paper are a smokescreen for their vested narrow interests.

• The board functions as an entity – and included nominees of Invesco as well. So in the absence of any observations from their nominees during board meetings over the years to the same effect, does Invesco’s selective targeting of the nominees of just Indian promoters stand the test of propriety?”

Dr Batra adds, “While the facts I stated, I hope, give a differentiated perspective to the situation, I also believe it is important to lay down my thoughts on the core matter at hand. I am of the firm view that Punit Goenka should remain the MD & CEO of the merged entity. And here are my eight reasons why:

1. Punit is an ideal foil to his father, Dr Subhash Chandra. Anyone who has worked with Punit Goenka will tell you that while Dr Subhash Chandra is the maverick creator and a kind man who is humane in his approach, Punit, while embodying the great qualities of his father, has a very logical, dispassionate and businesslike approach. He has the confidence of the shareholders, employees, advertisers, content creators and also of Dr Chandra, the founder of this forward-looking, robust business. The media business is all about people – and under a leader like Punit Goenka, the business can only grow.

2. As the MD & CEO, he has been extremely successful in enhancing the company’s performance and has steadily delivered results.

3. While the point is partially covered above, it is important to highlight especially that the employees – junior, mid-level or senior – love him. That is critical to an organisation’s success.

4. He continues to attract top-notch talent and while that may not be a quality that only he has, but for an organisation of the scale of Zee, to be able to attract the right talent, at the right time, is a key factor in ensuring stability and growth.

5. At exchange4media we saw his strengths – and an impeccable jury selected him nine years ago as the ‘Impact Person of the Year’. It is a testament to him and the award that he stands amongst other contemporary stalwarts such as Uday Shankar as a winner.

6. Punit Goenka has shown that he has the best interest of shareholders in his mind. Even in this ugly fight, the grace and resilience with which he conducts himself is a testament to this.

7. The entire media and entertainment industry has openly and wholeheartedly been in his corner as the battle has raged on, clearly demonstrating the respect and affection he commands from his peer and industry at large.

8. Most importantly, though, Punit understands both technology and content deeply. Not only is that a potent combination, but it may just be the best skillset to have in today’s evolving media and entertainment landscape, especially when combined with all the other skills of the leader.”

Dr Batra concludes by saying, “If I had to buy shares in the merged entity as a retail investor, that could happen only if Punit Goenka continued to be the leader of the company, while representing a substantial stake of the promoter group led by Dr Subhash Chandra. What Dr Chandra created in these 25 years is a masterpiece; one that can be only be re-created in the digital era by Punit Goenka. He has seen his father build Zee and learnt from him, while at the same time he brings his style, vision and transformational abilities to the table – in a combination that to my mind is unmatched. He is truly the Preserver.”

As Zee completes 29 years, Punit Goenka says best is yet to come, will script newer successes

NCLT grants ZEEL time to file a response to the Invesco case by October 22
Related Topics:Business & Economy Newspunit goenkawionews.comZeelZEEL-Invesco case
Up Next