With no breakthrough between US and Russia over Ukraine, Poland warns of risk of war

UP will favour those talking about farmers, Hindu-Muslim polarisation won't work: Rakesh Tikait

Why Are Chicago’s Railway Tracks On Fire?

US warns of 'horrific' destruction, many deaths if Russia invades Ukraine

PUBG addict Pakistani boy shoots mother, 3 siblings dead thinking they will come back to life like in game

Latest International News Updates: Bodies Of Patel Family Who Froze To Death Near US Border May Not Be Flown Back, Doctors Beg For Food In Tigray And More

Omicron Symptoms: The top 5 Omicron variant symptoms seen in children, as per a study 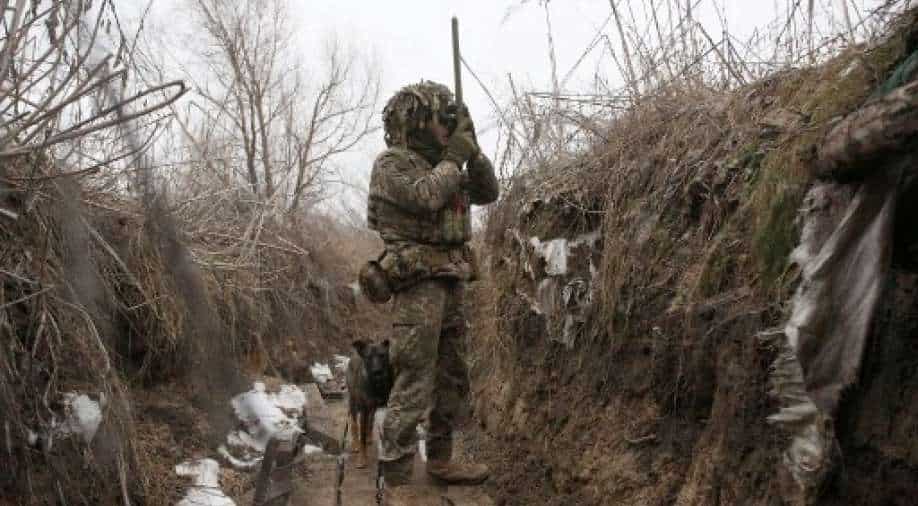 Even as talks between Russia and US & its NATO allies over Ukraine have hit a dead-end, Poland’s foreign minister has warned that Europe might dragged into war if the tensions are not defused soon.

Without naming Russia in his address to envoys from the 57 members of the Organisation for Security and Cooperation in Europe (OSCE), Zbigniew Rau said that tensions in Ukraine, Georgia, Armenia and Moldova, have active or frozen conflicts where Kremlin is alleged to be a party.

“It seems that the risk of war in the OSCE area is now greater than ever before in the last 30 years,” Poland’s foreign minister Zbigniew Rau, who currently chairs the Vienna-based intergovernmental body, said on Thursday during the latest round of talks on Russia.

Rau reported no breakthrough at the Vienna meeting, which followed Russia-US talks in Geneva on Monday and a Russia-NATO conference in Brussels on Wednesday.

Meanwhile, the White House claimed that the threat of a Russian invasion of Ukraine remained high with some 100,000 Russian troops deployed.

Michael Carpenter, US Ambassador to the OSCE, said the United States would make public within 24 hours intelligence suggesting that Russia might launch another invasion on Ukraine.

“The drumbeat of war is sounding loud, and the rhetoric has gotten rather shrill,” Carpenter said after talks with Russia in Vienna.

Russia, however, junked the reports that it is going to invade Ukraine.

“There is no reason to fear some kind of escalatory scenario,” Russian deputy foreign minister Sergei A Ryabkov told reporters after the meeting.

“The talks were difficult, long, very professional, deep, concrete, without attempts to gloss over some sharp edges,” Ryabkov said.

“We had the feeling that the American side took the Russian proposals very seriously and studied them deeply.”

Ahead of talks on Ukraine, Blinken says NATO prepared to respond to Russian aggression

Earthquake of 5.3 Magnitude Hits Jammu and Kashmir, No Damage Reported

DNA Exclusive: Is it time for Indian Railways to tear up ageing tracks and old machinery?