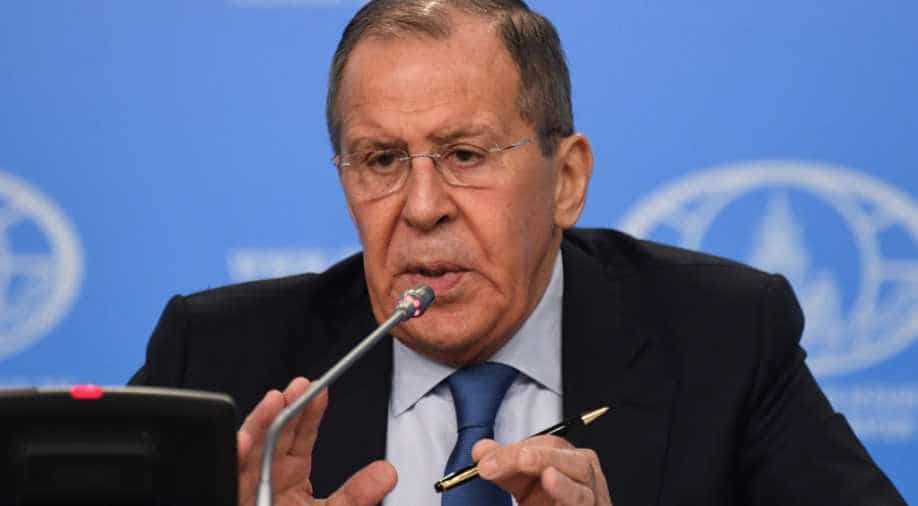 With a focus on Russian President Vladimir Putin’s India visit, Afghanistan, Russian Foreign Minister Sergey Lavrov will be on a 2-day Delhi visit from April 5 to 6. During his visit, he will hold a meeting with his Indian counterpart External Affairs Minister Dr S Jaishankar and call on Indian Prime Minister Narendra Modi.

“On April 5th and 6th, Russian FM will visit New Delhi and hold talks with his Indian counterpart. They will discuss the current status of bilateral relations and preparation of the summit meeting, cooperation in fighting the pandemic” Russian foreign ministry spokesperson Maria Zakharova announced.

WION broke the story first on Wednesday, with all the details. This is the first visit of any top Russian government official to India this year.

During the visit, he will be accompanied by the Russian special envoy on Afghanistan Zamir Kabulov. The development comes even as Moscow had hosted the troika plus talks–US, Russia, China and Pakistan on Afghanistan. India was not invited to the meet.

Earlier this year, India’s foreign secretary Harsh Shringla was on a visit to Moscow during which he extended invited Russian FM for India visit. During FS’s Moscow visit, a roadmap was decided on the high-level visits and engagement. The big focus will be the visit of Russian President Vladimir Putin for the annual India Russia summit. The summit could not happen due to the covid pandemic.

Interestingly, from Delhi, Lavrov will be going to Islamabad from April 6 to 7, accompanied by Kabulov again. Zakharova said, “He is going to have talks with his Pak counterpart on the status of ties, and strengthening of trade, counter-terror and Afghanistan”

Russia to resume issuing visas to all categories of Indian citizens

India rockets to hypersonic missile club, joins the ranks of US, Russia