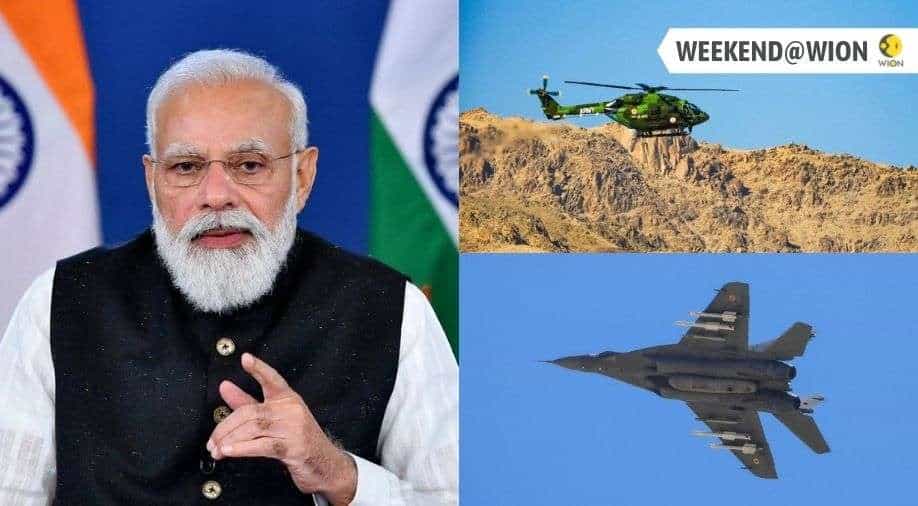 Being a superpower can be defined as the extensive ability to exert influence on an international scale.

It is the state of possessing the might, both economic and military that is superior in comparison to other countries.

According to the ‘World Population Review 2021,’ the powerful country in the world is the United States, followed by China, Russia, Germany, and the United Kingdom.

The survey ranks 80 countries on the basis of five criteria: international and military alliances, political and economic influence, and leadership skills.

The US tops the list with a massive GDP of $21 trillion. Meanwhile, China has a GDP of $14 trillion.

Despite being defended by US Biden Joe Biden as a ‘necessary measure,’ the controversial withdrawal of troops from Afghanistan after two decades of war, the country is being deemed as a hegemon in retreat by critics.

President Vladimir Putin had himself said that the US and Russia no longer decide the answers to the most important questions in the world.

He added that China and Germany are headed for superpower status due to the waning influence and the US.

India occupies the 13th spot on the list with a GDP of almost $3 trillion. Its rich talent pool and affordable connectivity are crucial factors that will improve its ranking in the future.

Also see | In Pics: All the countries with which China is in a territorial dispute

Amid the evolving Asian balance of power, India’s strength lies in its strategic location.

As a result, countries such as the US, Japan, and Australia are working closely with India to combat China’s growing influence in the Indo-Pacific region.

While this reduces the per capita income, in the long term, this growth will keep the country’s labour force young and large.

This will provide India a major economic advantage over the US, China, and the European Union, which will face a decline in there labour force in the next 30 years.

India’s PPP is expected to reach $43 trillion and surpass the US by 2050 making it the second-largest economy in the world after China.

To boost its infrastructure, India is focusing on several large-scale megaprojects to develop a golden quadrilateral between its metropolitan cities.

In addition to its 11 corridor projects, it is concentrating on a $75 billion national highways and roadways programme called ‘Bharatmala’ and ‘Sagarmala’ project worth $116 million to build new mega ports and establish 14 coastal economic zones.

India has allocated its defence spending budget 2.5 per cent of its GDP in the last three decades. Because of this, the country’s defence budget along with its economy are skyrocketing.

In 2019, India had spent $71 billion on its military, which is almost double its budget a decade ago.

It has the third-largest defence budget in the world behind the US and China.

From a booming high-tech sector to elite educational institutes, India has the potential to become a superpower with rapid digitalisation.

Although the increased competition leads to faster economic growth and technological innovation, most economies are not prone to accept change easily.

Armed conflict is often the result of the rapid rise and military and economic power. It is a major challenge to harness the spirit of challenge while avoiding its ripple effect.

What is at stake for India in South China Sea?