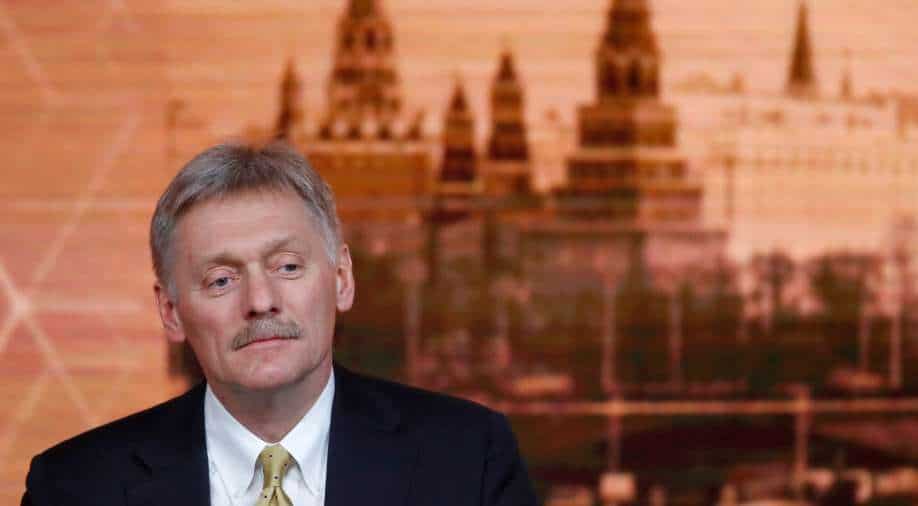 As fresh tensions build up between the US and Russia over reported military build-up near Ukraine border, Moscow on Saturday clarified that President Vladmir Putin has no plans to launch an offensive against the neighbouring country, news agency ANI reported.

Speaking to Greek TV channel ANT1, Kremlin Spokesman Dmitry Peskov said that purported military build up near its borders was in response to US military’s presence in Ukraine.

When asked whether Putin was planning to carry out an attack on Ukraine Peskov was quoted as saying, “No, the problem is very simple”.

He added, “Russia is moving its forces within its territory, and we can move our forces in any direction we want and closer to the areas that could pose a threat [and currently] we see US warplanes landing in Ukraine and US military equipment approaching our borders,” Peskov was quoted as saying when asked whether Putin was planning to carry out an attack on Ukraine.

Peskov’s response came a week after US intelligence officials claimed that Russia was planning for a possible military offensive against Ukraine “that could begin as soon as early 2022 and would include an estimated 1,75,000 personnel”.

The new intelligence finding estimates that half of the Russian personnel are already deployed along various points near Ukraine’s border, news agency AP quoted a Biden administration official who spoke on the condition of anonymity.

Read in Pics: What will happen if Russian troops invade Ukraine?

Earlier on Friday, US President Joe Biden said that he would make it “very, very difficult” for Russia to launch any invasion of Ukraine, which warned that a large-scale attack could be planned for next month.

The US president told reporters he was putting together “the most comprehensive and meaningful set of initiatives to make it very, very difficult for Mr Putin to go ahead and do what people are worried he may do”.

Moscow seized Crimea from Ukraine in 2014 and has since backed separatists fighting Kiev in the east of the country. The conflict has left more than 13,000 dead.