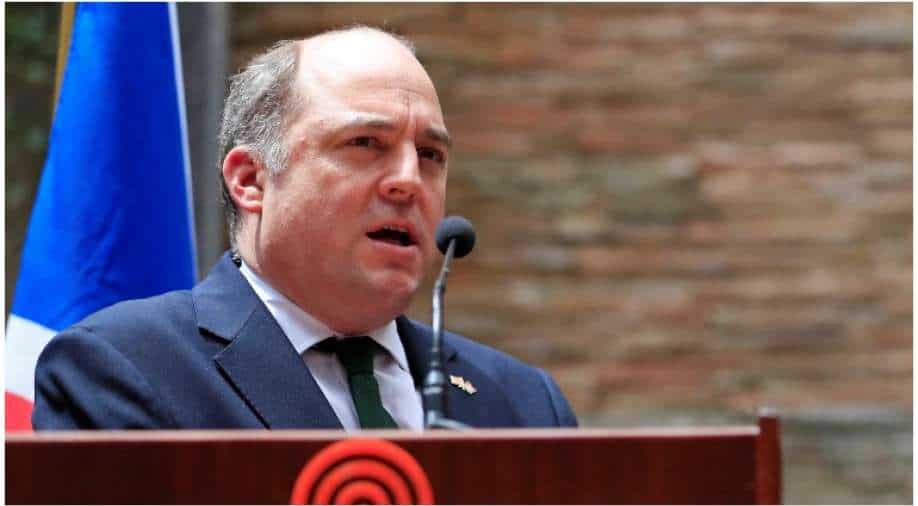 British defence secretary Ben Wallace said that it had collected evidence of ships “breaching” United Nations sanctions against North Korea which ban the sale of fuel to the country.

As per the statement, Wallace said, “HMS Richmond’s deployment in the East China Sea identified ships acting in suspected breach of UN sanctions and tracked vessels which had previously not been flagged to the Enforcement Coordination Cell.”

“North Korea’s ambitions to acquire Weapons of Mass Destruction destabilises the region and poses a threat to the world. This vital activity, part of the Carrier Strike Group deployment to the region, has frustrated those ambitions,” he added.

Mentoning identification of the “multiple ships of various nationalities”, the statement did not divulge details of those thought to be in breach of the sanctions.

The Commanding Officer, Commander Hugh Botterill MBE said, “Participating in UNSCR enforcement activity has been a critical moment of our CSG 21 deployment. HMS Richmond is proud to have participated in the effort to curtail DPRK’s WMD programmes, reporting on vessels of interest and providing valuable imagery and contact data.”

“My team located multiple ships of various nationalities apparently acting in contravention of United Nations Security Council sanctions, and located, tracked and approached a number of ships that hadn’t previously been identified to the Enforcement Coordination Cell,” he added.

North Korea is under strict international sanctions imposed over its nuclear weapons and ballistic missile programmes. Talks aimed at persuading Pyongyang to give up those weapons in return for lifting sanctions have been stalled.

Earlier this month, a US-based research group said in a report that smugglers suspected of evading sanctions on North Korea have turned to schemes to create fraudulent identities for sanctioned ships.

Over the last month the UK Carrier Strike Group has been conducting a series of exercises with the Japanese, United States and the Republic of Korea, separate to sanctions enforcement.