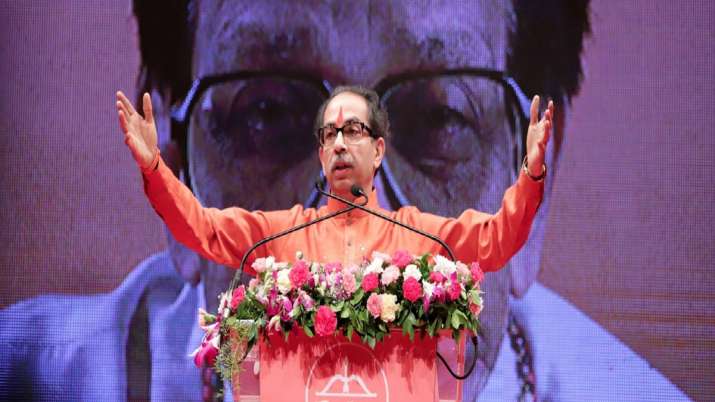 Maharashtra Chief Minister Uddhav Thackeray on Friday launched a scathing attack against his former ally BJP, saying that hunger for power was like “drug addiction” and challenging it to topple his coalition government which will soon complete two years. Stating that the BJP had not understood either Veer Savarkar or Mahatma Gandhi, Thackeray, speaking at his party Shiv Sena’s annual Dussehra rally at Shanmukhanand Hall here, said he was proud of his Hindutva ideology but as chief minister he treated every citizen equally.

Referring to RSS chief Mohan Bhagwat’s recent statement that ancestors of all Indians were same, Thackeray asked, “Did the ancestors of opposition parties and farmers come from a different planet? Struggle for power is not good. Addiction to power is like drug addiction. “In drug addiction, you destroy yourself and your family. But hunger for power destroys families of others,” he said.

Notably, Thackeray, who heads the Shiv Sena, said its and RSS’s ideology was same, but paths were different. The BJP was now targeting the Sena and accusing it of being corrupt after the two parties parted ways, he said. “We were good when we followed you….Don’t use the ED (Enforcement Directorate). Attack from the front. Our government will complete two years next month despite several attempts to topple it. I dare you to topple it,” the chief minister said.

The BJP should not challenge his Sena-NCP-Congress coalition government using central investigating agencies, Thackeray added. He said he wanted to congratulate West Bengal Chief Minister Mamata Banerjee and the people of her state for standing up to the BJP, and urged Sena workers and people of Maharashtra to emulate the example.

He also said Hindus in the country were now in real danger as “those who climbed the ladder of power using Hindutva will now adopt the British policy of divide and rule.” The BJP (its predecessors) made no contribution to the freedom struggle, Thackeray alleged.

“Just by raising slogans of Bharat Mata Ki Jai and Vande Mataram you don’t become more patriotic than the soldiers guarding our borders,” he said. “You have not understood Savarkar or Gandhi….When you have no contribution (to freedom struggle), what right you have to speak about Gandhi or Savarkar,” he asked.

The Maharashtra chief minister also demanded an open debate on Centre-state relationship and federal structure as well as atrocities against women as the country celebrates 75 years of Independence. “Centre’s interference in powers of states should be discussed,” he said.

“I am Hindutva proponent and I am not ashamed of it. But as chief minister I treat all equally. Our Hindutva teaches us equality,” he said. The BJP was maligning Maharashtra after its failed attempts to topple his government, the chief minister alleged.

Thackeray also mocked the BJP for fielding a former Sena MLA, Subhash Sabane, in coming Deglur assembly by-election in the state. “The world’s largest political party” has to import candidates even for assembly bypoll, he said. He asked Shiv Sena workers to guard against division on Marathi and non-Marathi lines. “We have to build unity of Marathi people and Hindus,” he said.

He also took a dig at BJP leader and his predecessor Devendra Fadnavis’ comment that he still felt like he was chief minister. “I pray to God that I should never feel that I am chief minister. I want to be known as your brother and family member,” Thackeray told the audience.

The chief minister also referred to the BJP questioning his government after recent incidents of a drug seizure in Mumbai including one in which actor Shah Rukh Khan’s son Aryan was arrested. He asked if drug menace existed only in Maharashtra.

“Drugs worth Rs 150 crore have been seized by state police recently while the focus is only on arrests of celebrities….Where is Mundra port where drugs worth crores of rupees were seized,” Thackeray asked.

DNA Exclusive: How many ‘Ravanas’ among farmers at Singhu border? Whither is this movement going?