Train with humanitarian aid departed from China to Afghanistan 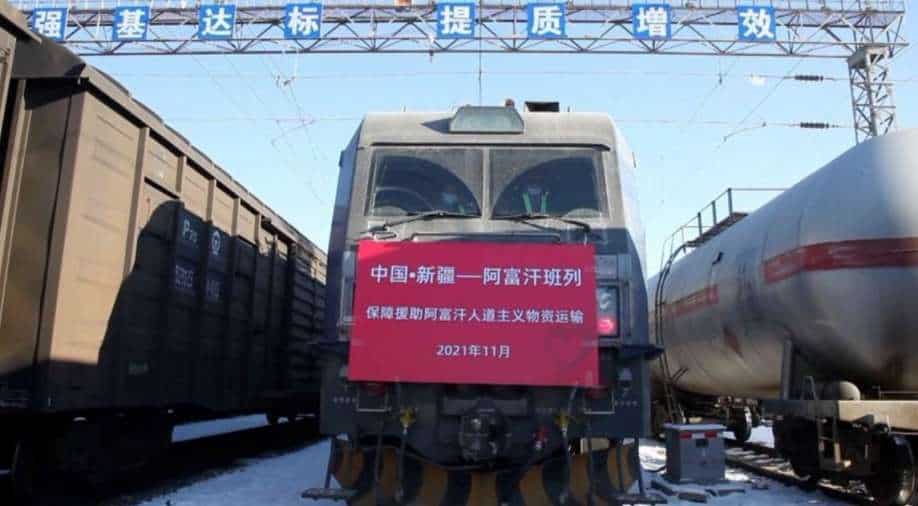 He also said that since July 2021, the trains between China and Afghanistan carried more than 2,600 tonnes of humanitarian aid to Afghanistan.

The report also mentioned Chinese Foreign Ministry spokesperson Wang Wenbin’s stance who said that China is offering support to the Afghan people within its ability.

Since the Taliban takeover in August this year, the nation has been facing issues to provide care for Afghan people.

The United Nations had warned that almost half of the population of Afghanistan will face a hunger crisis between the present time and March next year, according to Al Arabiya Post.

Pakistan allowed the transportation of 50,000 metric tonnes (MTs) of wheat and lifesaving medicines through the Wagah Border as humanitarian assistance to Afghanistan.

In a statement on Wednesday (November 24), the country’s Ministry of Foreign Affairs said: “As a goodwill gesture towards the brotherly Afghan people, the Government of Pakistan has decided to allow the transportation of 50000 Metric Tonnes of wheat and life-saving medicines from India to Afghanistan via Wagah Border on an exceptional basis for humanitarian purposes.”

As a goodwill gesture towards the brotherly Afghan people,Pakistan has decided to allow the transportation of Indian food assistance for the war-torn country, Afghanistan through Pakistan. pic.twitter.com/EThe67sBHI

Why China and Pakistan want to keep India out of Afghanistan

‘Terrorism far from over’: China’s concern over US’ Afghan pull-out plan

‘Terrorism far from over’, says China about US troop pullout plan from Afghanistan

China blames US troop withdrawal for surge in attacks in Afghanistan  Chinese citizens evacuated from Afghanistan as US troops withdraw
Related Topics:AfghanistanChinaChina-Afghanistan tiesSouth Asia Newswionews.com
Up Next