In Eastern Ukraine, Villagers And Troops Await Next Moves

russia: US warns of war if Russia invades Ukraine - Times of India

Watch: Indian finance ministers who went on to become President or PM

India raises attempts to desecrate Gandhi statue by Khalistanis with US 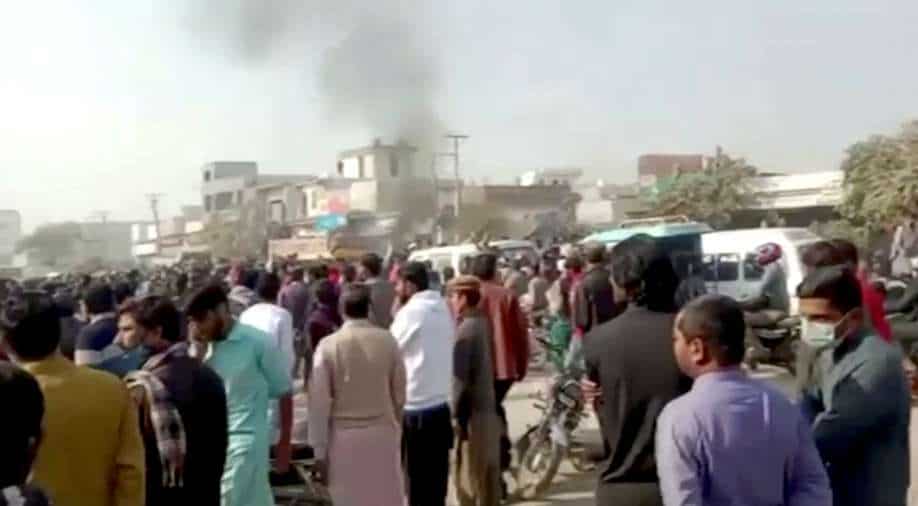 Rajapaksa hoped that his Pakistani counterpart Imran Khan would ensure justice to the victim’s family members.

Taking to Twitter, Prime Minister Rajapaksa said: “Shocking to see the brutal and fatal attack on Priyantha Diyawadana by extremist mobs in #Pakistan. My heart goes out to his wife and family. #SriLanka and her people are confident that PM @ImranKhanPTI will keep to his commitment to bring all those involved to justice.”

Khan, who termed the incident “as a day of shame for Pakistan”, said that he is overseeing the investigation and ensured that the perpetrators would be brought to justice.

“The horrific vigilante attack on a factory in Sialkot & the burning alive of a Sri Lankan manager is a day of shame for Pakistan. I am overseeing the investigations & let there be no mistake, all those responsible will be punished with full severity of the law. Arrests are in progress,” he tweeted.

Expressing similar views, Pakistan President Arif Alvi tweeted, “The Sialkot incident is definitely very sad & shameful, and not religious in any way whatsoever. Islam is a religion that established cannons of deliberative justice rather than mob lynchings.”

Meanwhile, around 800 people were booked under the Anti-Terrorism Act on Saturday.

Farhan Idrees has been identified as one of the key suspects for killing the Sri Lankan national, Priyantha Kumara Diyawadana. He has been detained, according to local media reports.

On Friday, Diyawadana, who was in his 40s, was lynched and his body burnt in public by a group of frenzied mob who were allegedly supporters of radical Islamist party Tehreek-e-Labbaik Pakistan (TLP), which was previously banned.

Diyawadana, from Sri Lanka’s Kandy, was working as the general manager at a garment factory in Sialkot district, some 100 kilometres from Lahore.

According to reports, the mob were enraged after Diyawadana tore a poster of the hardline TLP in which Quranic verses were inscribed and threw it in the dustbin.

“Kumara allegedly tore a poster of the hardline TLP in which Quranic verses were inscribed and threw it in the dustbin. The poster of the Islamist party was pasted on the wall adjoining the office of Kumara. A couple of factory workers saw him removing the poster and spread the word in the factory,” according to a police official in Pakistan’s Punjab province.

Hundreds of men, triggered over the “blasphemy” incident, started gathering outside the factory from adjoining areas and tortured him to death, before setting his body ablaze.