UP will favour those talking about farmers, Hindu-Muslim polarisation won't work: Rakesh Tikait

Why Are Chicago’s Railway Tracks On Fire?

US warns of 'horrific' destruction, many deaths if Russia invades Ukraine

PUBG addict Pakistani boy shoots mother, 3 siblings dead thinking they will come back to life like in game

Latest International News Updates: Bodies Of Patel Family Who Froze To Death Near US Border May Not Be Flown Back, Doctors Beg For Food In Tigray And More

Omicron Symptoms: The top 5 Omicron variant symptoms seen in children, as per a study 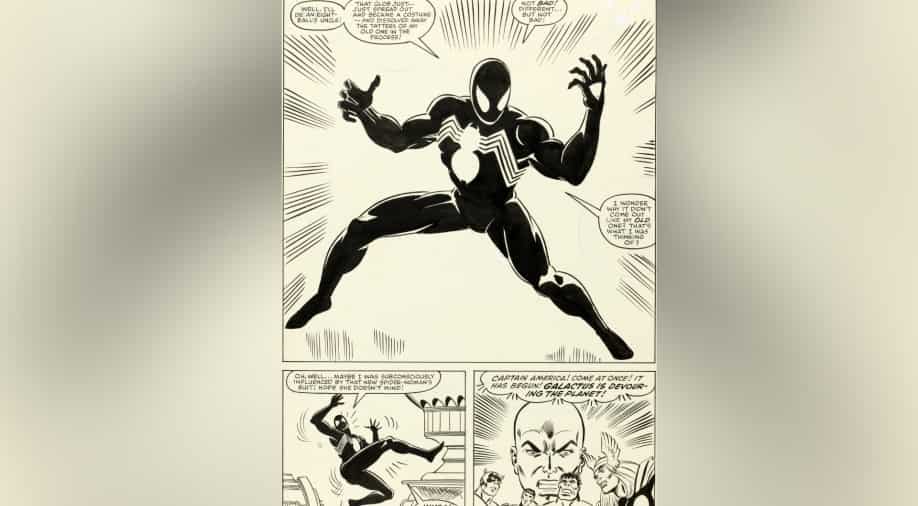 A single-page illustration of a 1984 issue of Spider-Man comic book was sold at auction for a staggering $3.36 million in the United States, with many dubbing him as the “world’s mightiest auction hero”.

The bidding was for page 25 of Marvel Comics’ ‘Secret Wars No. 8’ in which Mike Zeck for the first time introduced Spidey in a black suit, which eventually led to the emergence of the anti-hero Venom.

The record bidding, which started at $330,000 and soared over $3 million, came on the first day of Heritage Auctions’ four-day comic event in Dallas, Texas.

“This page was the big reveal teased on the cover! This is where Peter Parker actually got his spiffy new black costume,” Heritage Auctions said in its description of the artwork for page 25 of the issue.

“But… it’s a costume with a secret! Because it very soon turns out to be alive and have its own agenda. This is the origin of the character Venom!”

The previous record for an interior page of a US comic book was $657,250 for art from a 1974 issue of “The Incredible Hulk” that featured a tease for the first appearance of Wolverine.

The copy was graded 6.0 by comic book grading authority CGC. Two other copies of the world’s most famous comic book issue with a higher grade have previously sold for more at auction, according to The Hollywood Reporter.

The page’s sale comes a month after the release of Spider-Man: No Way Home which has smashed box office records across the globe despite the ongoing COVID-19 pandemic.