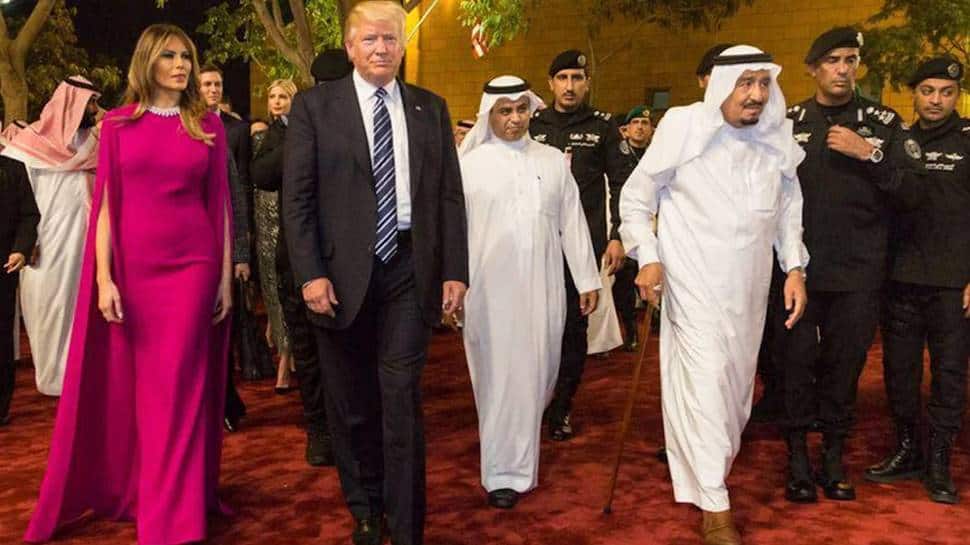 New Delhi: The gifts handed over to former US President Donald Trump and his team by the super wealthy Saudi royal family have turned out to be fakes. Trump and his team were gifted luxurious robes allegedly made of cheetah and tiger fur.

In addition to the furs, Saudis gave other expensive gifts including three swords and three daggers, one of the daggers had a handle that appeared to be ivory. But, they are all fake, The New York Times said in a report.

The presents were given to Trump during his 2017 trip to Saudi Arabia but these gifts were not disclosed by the Trump administration for nearly four years. On President Trump’s last full day of presidency, the White House handed the ‘gifts’ over to the General Services Administration. As it turns out, the US Fish and Wildlife Service seized the gifts this summer and that is when the startling discovery was made.

“Wildlife inspectors and special agents determined the linings of the robes were dyed to mimic tiger and cheetah patterns and were not comprised of protected species,” Interior Department spokesman Tyler Cherry told The New York Times.

These gifts had already landed the Trump administration in trouble because if the fur was indeed real, the White House risked being in violation of the Endangered Species Act, the 1973 environmental conservation law. But as it turns out to be a fake it has become a matter of deep embarassment.

Though, it is unclear whether Saudi Arabia knows about the authenticity of the furs or whether they too had been deceived. The incident is an embarrassing development for the Saudis, The NYT went on to say in its report.

The Saudi royals had showered the former president with 82 gifts when he visited the kingdom in May 2017.