Russian hypersonic nukes capable of wiping out US cities 'on alert': Putin 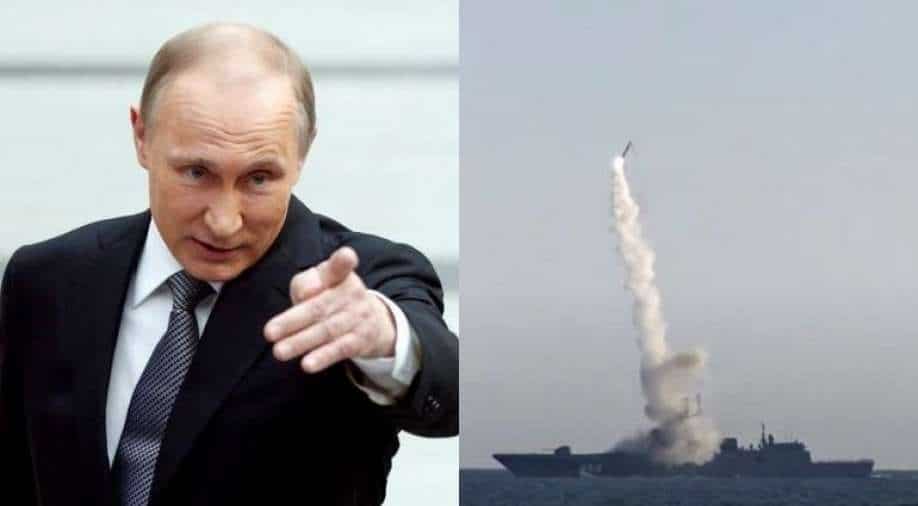 Russian President Vladimir Putin has bragged that his country’s new hypersonic nuclear missiles capable of annihilating US cities are “on alert,” raising concerns of a World War 3 outbreak.

The Russian leader revealed his country has developed a weapon that flies more than five times faster than those being developed in the US. While addressing an energy forum, Putin said nowhere is directly under threat.

According to Vladimir Putin, Russia has intercontinental nuclear missiles that are capable of destroying American cities.

President Putin’s boasting that Russia possesses hypersonic weapons that are also intercontinental has heightened worries of a military clash with the US and a future World War III with the West.

Simultaneously, speaking at an energy conference in Moscow, he dismissively denied that they intend to harm anyone and claimed that similar systems are being developed elsewhere.

“Weapons with a speed of Mach 3 or more are being developed in the United States. Our systems fly at a speed of over Mach 20. These are not just hypersonic but intercontinental missiles, and these are far more formidable weapons than those you have just mentioned, ” Putin remarked.

Such weapon systems are already on combat alert in Russia and similar systems are being developed in other countries, he added.

“There is nothing unusual about that. Hi-tech armies of the world will possess such systems soon, ” Putin said.

Last week, Russia said that it has successfully tested its new deadly Zircon hypersonic missile from a submarine for the first time.

The 6,670mph rocket was fired from the nuclear-powered submarine Severodvinsk before soaring into the night sky, according to video footage.

According to the defence ministry, the missile was launched from the surface of the White Sea and successfully hit a target in the Barents Sea.

US troops injured in interaction with Russian forces in Syria: US officials

Kremlin says Putin ready for dialogue if US willing

JEE Advanced 2021 result declared, here’s how to check at jeeadv.ac.in