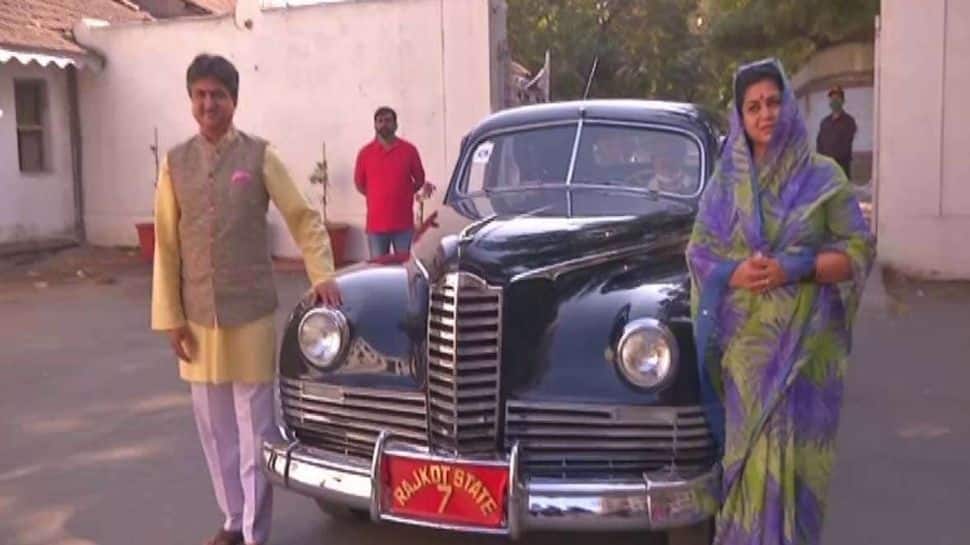 Rajkot: The Rajkot royal family of Gujarat is mired in property dispute and Rs 4,500 crore is at stake! Two erstwhile royals have gone to court demanding a share in the family pie, a Times of India report mentioned. The property includes Ranjit Vilas Palace, where the titular king Mandhatasinh Jadeja stays, apart from other pieces of land as well heirloom jewellery, vintage cars, precious furniture etc.

As per the current will, the property is now under Mandhatasinh’s control. His sister Ambalika Devi has filed a lawsuit claiming her share in the property which her brother inherited. But another law suit has also been filed. Mandhatasinh’s first-cousin’s son, Ransurvirsinh Jadeja, 25, has also filed a suit, seeking partition of the entire estate among all the legal heirs of Mandhatasinh’s grandfather Pradyumansinh Jadeja, reported The Times of India. The suits say that ancestral property should be shared by legal heirs and not passed via a will.

Ambalika Devi’s lawyer Ketan Sindhava had earlier said that the lawsuit challenges the release deed and the will of her father Manoharsinh Jadeja. As per the deed, she had relinquished her right on inheritance property.

In 2019, Ambalika Devi had alleged that her brother Mandhatasinh made her sign a release deed while she had no idea about its content. This was done, she alleged, at a time when she was visiting Rajkot from Jhansi after her father’s death. Ambalika Devi has challenged the 2013 will of her father, that her brother produced before deputy collector in 2019. She approached the court, requesting it to declare the release deed as null and void, informed her lawyer.

“The will of her father Manoharsinh Jadeja, the former finance minister (of Gujarat), is unregistered. The opposing party even tried to tamper with the will,” lawyer Ketan Sindhava claimed, as reported by DNA. “The petitioner’s brother had allegedly initiated mutation entry in the revenue department to make him the sole owner of the property,” the lawyer added.

As per the Times of India report, Ambalika and Mandhatasinh relationship took a hit last year during the latter’s coronation. Ambalika’s son was allegedly told by Mandhatasinh and his wife that after Manoharsinh’s demise, there was no need for the families to stay in touch.

Mandhatasinh, however, has denied all allegations and claimed his sister filed a lawsuit it to extract money from him. Mandhatasinh Jadeja’s advocate Nirav Doshi claimed Ambalika Devi was paid Rs 1.5 crore as per the will which she had accepted in the presence of her husband and two sons, reports DNA. The same report said that his lawyer claimed that Ambalika signed a registered release deed that she will have no right on the ancestral property which was duly signed by her, with her husband and two sons also as witnesses.

4.5 magnitude earthquake strikes near Rajkot in Gujarat: Centre for seismology

Prince Philip was always there for her Queen: Know all about the royal couple