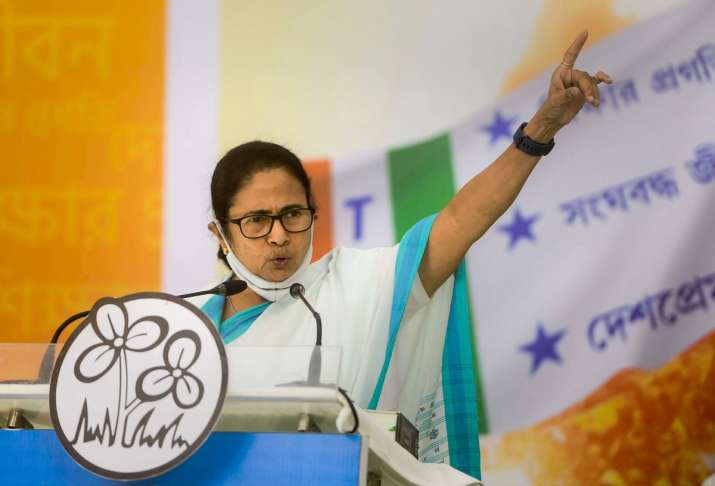 West Bengal Chief Minister and TMC Supremo Mamata Banerjee on Saturday made grave remarks about BJP leader Manas Saha, who lost his life during the post-poll violence in Bengal, soon after this year’s assembly elections came to an end. During an address, Banerjee compared Saha’s dead body to the ‘rotting carcass of a dog’.

She received severe backlash for her statement. BJP’s Information & Technology national in-charge Amit Malviya took to Twitter to share Mamata’s video, and wrote “Shameful that Mamata Banerjee equates the body of Shri Manas Saha, a BJP candidate, who succumbed to injuries sustained during post-poll violence to the rotting carcass of a dog”.

“As if overseeing the goriest post-poll violence wasn’t enough, she reaffirms her insensitivity to it”, he further added.

In August, Calcutta High Court ordered a court-monitored CBI probe into the incidents of post-poll violence in the state. The High Court also ordered to set up Special Investigation Teams (SIT) for investigation and senior officers from West Bengal cadre will be a part of the team and directed the state government to take immediate steps for compensation for the victims of post-poll violence.

Soon after the results of assembly polls in Bengal on May 2 were declared, violent incidents were reported after supporters of TMC and BJP allegedly clashed in various parts of the state since May 2, killing many people and triggering an alleged exodus.

EXCLUSIVE | TMC has become a company with Mamata as chairman, Abhishek as MD: Suvendu Adhikari