Parents 'request' school to beat daughter who allegedly had alcohol 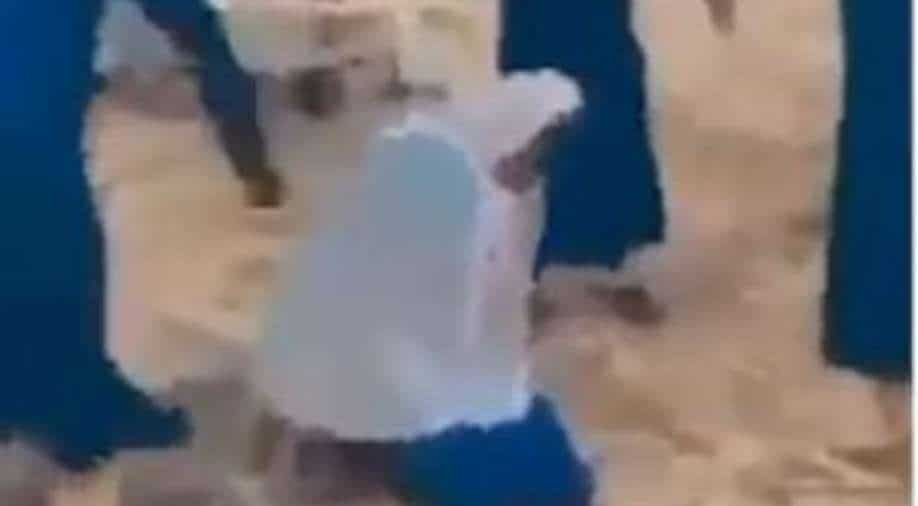 A disturbing video, showing four men clobbering a kneeling woman with what appear to be sticks is doing rounds on social media. The woman is a student in a school in Nigeria.

Her crime? Allegedly drinking alcohol in a birthday party.

As per media reports the video is of the incident that took place in an Islamic school in Nigeria. The violent video in which the girl student is being beaten can naturally raise questions as to what her parents did to protest the incident.

However, it has been revealed that the parents had ‘requested’ that the girl be beaten up in the school. The school in which this bizarre incident took place is locate in Kwara state of Nigeria, as per local reports.

“I informed the school about the incident and I personally requested them to give her the appropriate punishment, and I insisted I should be present when they carried it out,” father of the girl has been quoted as saying by the BBC.

Video of the flogging is being widely shared online and has elicited shocked reactions from viewers.

Local media has said that head of the school has been suspended and the students have been given medical treatment.

Nigeria, where most forms of violence thrive and an end looks distant

‘This is everything’: Neighbours step up to cheer teenager who lost her prized snow globe collection
Related Topics:alcoholNigeriavideoviral videowionews.comworld news
Up Next