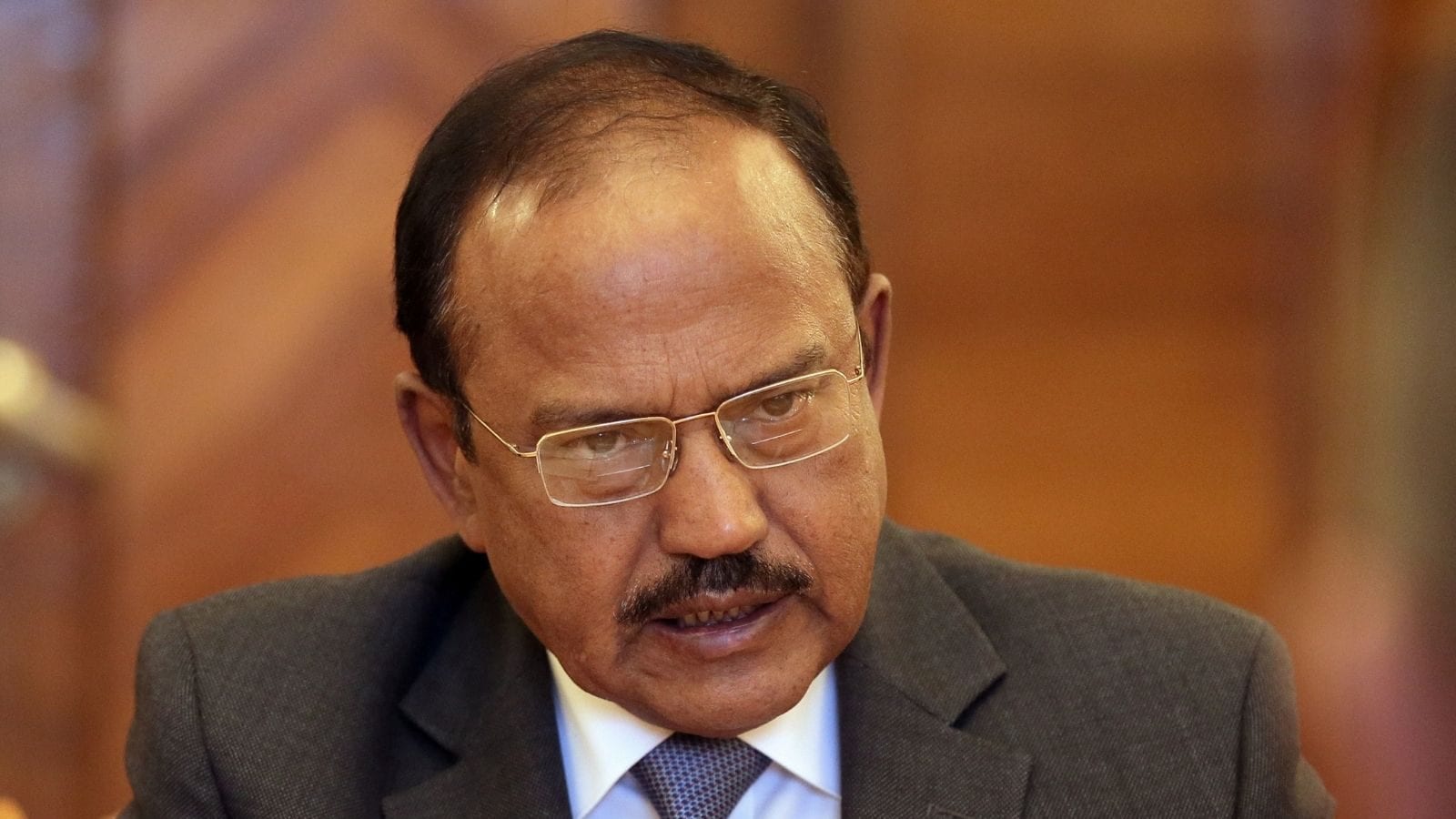 India has raised serious concerns and emphasised on Pakistan’s links with Taliban and other international terrorist groups operating in Afghanistan, during the first detailed and extensive review of the Afghanistan crisis between New Delhi and Moscow.

The concerns were raised at a meeting between India’s national security adviser Ajit Doval and Nikolai Patrushev, secretary of the security council of the Russian Federation. Patrushev, who was in Delhi, also called on Prime Minister Narendra Modi and external affairs minister Dr S Jaishankar.

The ministries of defence and external affairs as well as intelligence agencies of both countries also took part in the meeting.

“There was convergence of views on all major issues — need for Taliban to adhere to promises, presence of international terrorist groups in Afghanistan and threat from terrorism to central Asia and India, Islamic radicalisation and extremism, flow of weapons to terrorist groups and smuggling across Afghan borders and high chances of Afghanistan becoming a hub of opium production and trafficking,” top government sources told CNN-News18.

In the fast evolving situation, India and Russia are facing similar threats amid uncertainty over the future of Afghanistan. Russia, too, has expressed strong concerns about the situation in Afghanistan.

The high-level meeting of the national security top brass of India and Russia focused on forms of “future bilateral cooperation among security and intelligence agencies, including close coordination, upgrading consultations, and exchange of information”.

India stressed on the special responsibility that Pakistan bears to ensure Afghanistan soil is not used to spread terrorism in the countries of the region. India also highlighted links of Pakistan ISI with terror groups in Afghanistan such as Lashkar-e-Taiba and Jaish-e-Mohammed apart from expressing concerns for the security of Hindu and Sikh minorities in Afghanistan.

Intelligence and security chiefs of US, UK and Russia have made a beeline to New Delhi to seek India’s assistance in intelligence gathering and security cooperation. British MI6 or Secret Intelligence chief Richard Moore was in New Delhi last week followed by the visit of CIA chief William Burns and finally Russian NSA Nikolai Patrushev. Interestingly, their visits coincided with ISI chief Lt Gen Faiz Hameed’s visit to Kabul.

Earlier, a statement from the Russian side read, “Secretary of the security council of the Russian Federation Nikolai Patrushev and national security adviser to the prime minister of the Republic of India Ajit Doval discussed deepening bilateral cooperation in the field of security with an emphasis on further interaction on the anti-terrorist track, combating illegal migration and drug trafficking.”

The statement further read, “Attention was paid to intensifying joint work of both countries’ special services and military bodies.”

Aditya Raj Kaul is Contributing Editor, News18 group with more than a decade long experience in covering Conflict, Foreign Policy, and Internal Security. He can be reached at [email protected]

Situation on Pak-Afghan border ‘normal and under control’: Pakistan

Pak should ensure Afghan Soil is not used to spread terrorism: India to Russia
Related Topics:Afghanistanafghanistan crisisAjit DovalIndiaIndia-RussiaKabulNSAPakistanRussiataliban
Up Next

BLACKPINK’s Lisa’s style file! All times when the K-Pop star showed us how to keep it chic and fashionable