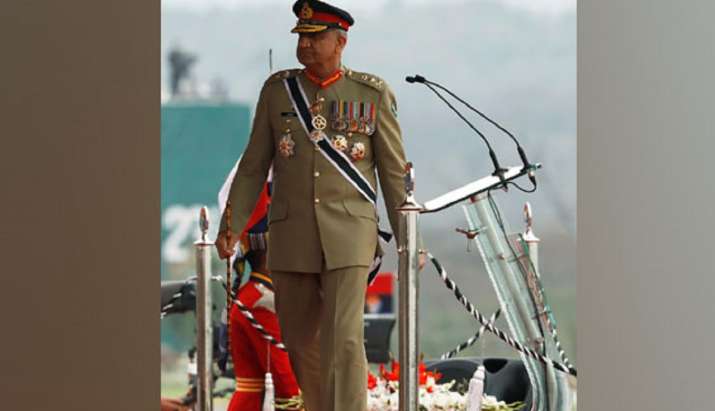 Pakistan Army chief General Qamar Javed Bajwa on Monday visited the Headquarters of the Inter-Services Intelligence (ISI) amidst the ongoing tiff with the civilian government over the appointment of the spy chief. The Army on October 6 had announced through a statement that in a high-level reshuffle in the military, ISI Director General Lt Gen Faiz Hamid was replaced by Lt Gen Nadeem Ahmed Anjum.

However, the office of Prime Minister Imran Khan refused to issue a notification of the appointment of the new ISI chief.

Information Minister Fawad Chaudhry for the first time on October 12 acknowledged the presence of differences over the key appointment.

The matter has not been settled until now despite statements by ministers that it has been resolved and the appointment of the new ISI chief would be made soon.

The “COAS was briefed on the Internal Security and ongoing situation in Afghanistan” and he expressed his satisfaction over the preparedness of the organisation, according to an official statement.

A picture was also shared by the Army’s media wing showing General Bajwa chairing a meeting along with Lt Gen Hamid.

He replaced Lt Gen Syed Asim Munir who was appointed as the Quartermaster General.

Lt Gen Aamer’s posting as the Gujranwala Corps Commander was among the six appointments announced by the military in a reshuffle on October 6, which included that of the ISI chief.

It showed that the process to implement the decision of October 6 had already started.

However, it was not clear when Lt Gen Hamid would take command as Peshawar Corps Commander as he was appointed to the post after transfer from the post of ISI chief.

During intense exchange of fire, Sepoy Saifullah was killed, according to the Army.

It added that an area clearance process was going on to eliminate any terrorists’ hideout in the area.

(With inputs from PTI)