Face masks could lower Covid risk by up to 225 times, finds study 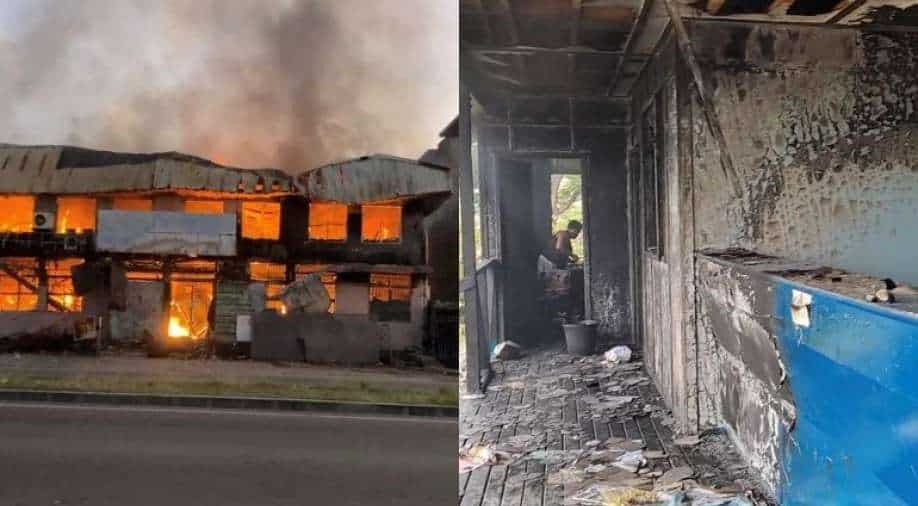 After violent protests rocked Solomon Islands, Australia’s police on Friday have started to take control of the country’s capital Honiara on the request of Prime Minister Manasseh Sogavare, said witnesses.

Blaming foreign countries for stoking the violent protests, Sogavare asked for help from Australia on Friday.

Australia has sent around 100 police personnel and was “clearly focused on stability in our region”, Foreign Minister Marise Payne said.

Also Read: After spread of protest in Solomon Islands, Australia to deploy military

The looting and the burning of buildings continued on Friday morning. Tear gas was used in Chinatown and a new curfew is also expected to be imposed later in the day, a resident told Reuters.

Several protesters belong to Malaita, which is the most populous province of the South Pacific Island nation.

They have been feeling overlooked by the government in Guadalcanal province. Not just this, they also oppose its 2019 decision to end diplomatic ties with Taiwan and establish formal links with China.

“I feel sorry for my people in Malaita because they are fed with false and deliberate lies about the switch,” Sogavare told Australian Broadcasting Corporation.

“These very countries that are now influencing Malaita are the countries that don’t want ties with the People’s Republic of China, and they are discouraging Solomon Islands to enter into diplomatic relations and to comply with international law and the United Nations resolution,” Sogavare added.