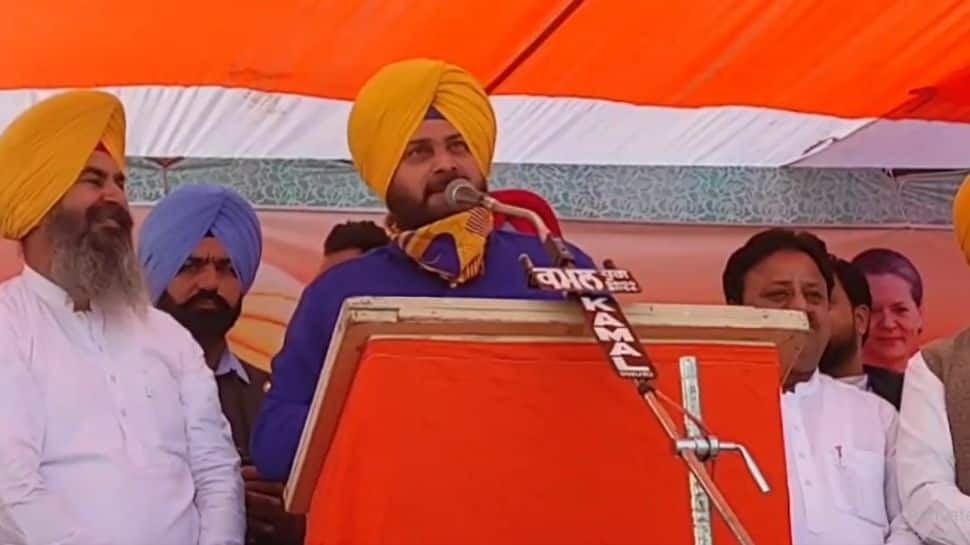 Moga (Punjab): Once again, there seems to be trouble brewing in Punjab Congress. And Navjot Singh Sidhu is once again in the centre of the drama! The Punjab Pradesh Congress Committee president on on Thursday (November 25)  issued a warning – he said that he would sit on a hunger strike if chief minister Charanjit Singh Channi does not open files relating to sacrilege of the Guru Granth Sahib and the sale of intoxicants.

Addressing a Congress workers’ meeting, Sidhu said that if the state government eliminates the sand mafia and liquor mafia and deposits tax to the government, then the state government can get rid of its debt to a great extent. He further said that the chief minister in the state has been changed so that the sacrilege of Guru Granth Sahib issue could be resolved and the sand and liquor mafia could be abolished. He announced that if the Punjab government does not take action, he would keep raising his voice.

The state Congress president also took on Delhi Chief Minister Arvind Kejriwal and said that he is trying to impress the people of Punjab, but the state wants a resident of the state as the face of the chief minister.

Amarinder Singh’s exit as the Punjab CM and eventually from Congress party did not bring stability as the party in Punjab has been embroiled in one controversy after another and Sidhu being the Centre of it all. Though on different occasions Sidhu and CM Charanjit Singh Channi have claimed all’s well between the two, the developments point otherwise. In the last tussle, Sidhu’s exclusion from Chief Minister Channi-led delegation comprising state cabinet ministers for Kartarpur Sahib visit on November 18 had tongues wagging. And not just his opposition like Arvind Kejriwal’s AAP, Sidhu had also attacked Channi for offering freebies.

Sidhu says ‘have faith in Gandhis’ as Congress to take BIG decision on Punjab Congress tomorrow rahul gandhi: ‘Everything has been sorted out’: Navjot Sidhu signals truce after meeting Rahul Gandhi | India News – Times of India

Condition of Roads After Rains in the State Tragic and Exasperating: Kerala HC