Narendra Modi at Constitution Day event in Parliament: It is the day to salute this house 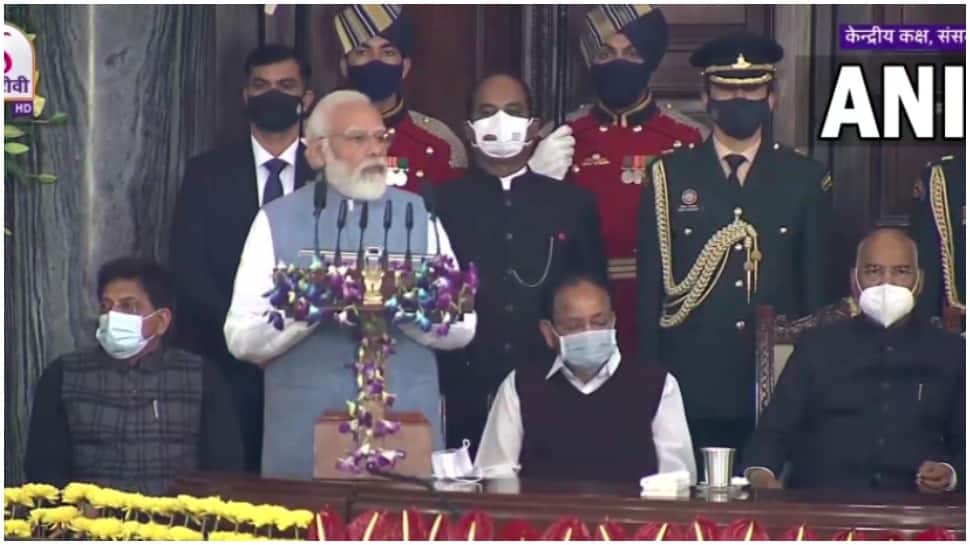 Prime Minister Narendra Modi said that the Indian constitution is the cohesive force behind the diverse country. He was speaking in the Parliament on the occasion of Constitution Day on Friday (November 26).

He said, “Our Constitution binds our diverse country. It was drafted after many hindrances and united the princely states in the country.”

He also said, “Constitution Day is the day to salute this House, where many of India’s leaders brainstormed to give us the Constitution of India. We also pay tribute to Mahatma Gandhi and all those who fought during India’s independence struggle.”

He added, “Constitution Day should have been celebrated each year after 1950 to educate all about what went into the making of the Constitution. But some people did not do so. This day should also be celebrated to evaluate whether what we do is right or not.”

#WATCH | Party for the family, by the family…do I need to say more? If a party is run by one family for many generations, then, it isn’t good for a healthy democracy, says PM Modi during an address at the Parliament on #ConstitutionDay pic.twitter.com/q1t2UqI0Pm

He said, “Party for the family, by the family…do I need to say more? If a party is run by one family for many generations, then, it isn’t good for a healthy democracy.”

Modi also paid tribute to the martyrs of 26/11. “Today on the anniversary of the 26/11 terrorist attacks in Mumbai, I pay tribute to all brave soldiers of the country who sacrificed their lives while fighting the terrorists.”

Meanwhile, the BJP hit out at the Opposition for boycotting the Constitution Day celebrations in the Central Hall of Parliament and termed it as an “insult” to Dr Bhimrao Ambedkar, the chief architect of the Constitution.

The party also used the opportunity to criticise the Congress which had denounced the BJP leaders for skipping the function held at Parliament to celebrate the birth anniversary of first Prime Minister Jawaharlal Nehru on November 14.

About 14 Opposition parties, including Congress, have announced to boycott the Constitution Day programme.

Mamata Banerjee gets angry when people chant ‘Bharat Mata Ki Jai’ but not when conspiracies are hatched to defame India: PM Narendra Modi in West Bengal

Leaders of 19 Opposition parties meet virtually, make 11 demands including SC-monitored probe into use of Pegasus