Must take terrorism as seriously as matters like climate change and pandemic: India to world 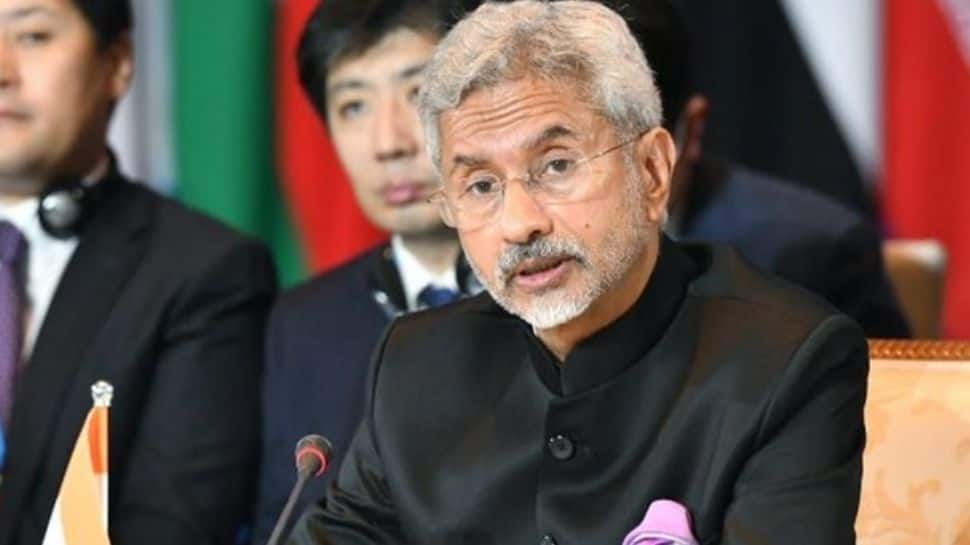 Nur-Sultan (Kazakhstan): The world needs to take the issue of terrorism as seriously as it takes climate change and pandemics, India told the international community on Tuesday (October 12). India also said that cross-border terrorism is not statecraft but simply another form of the menace, making a veiled dig on Pakistan.

Addressing the sixth meeting of the Foreign Ministers of the Conference of Interaction and Confidence Building Measures in Asia (CICA), External Affairs Minister S Jaishankar also asserted that connectivity must respect the most basic principle of international relations – respect for sovereignty and territorial integrity, an apparent reference to India’s objection to China’s ambitious infrastructure development plans in Pakistan under the China-Pakistan Economic Corridor (CPEC).

“If peace and development is our common goal, the biggest enemy we must overcome is terrorism. In this day and age, we cannot countenance its use by one state against another. Cross-border terrorism is not statecraft; it is simply another form of terrorism,” he told the gathering without naming any country. He said the international community “must unite against this menace, as seriously as it does on issues like climate change and pandemics.”
“Any calculation that extremism, radicalisation, violence and bigotry can be used to advance interests is a very short-sighted one. Such forces will come back to haunt those who nurture them. Lack of stability will also undermine our collective efforts to get COVID under control. The situation in Afghanistan is, therefore, of grave concern,” he said.

Jaishankar had earlier this week said that India was closely following the developments in Afghanistan and underscored the importance of the Taliban regime meeting the expectations of the international community as elaborated in the UN Security Council Resolution 2593. The UNSC resolution 2593 unequivocally demands that Afghan territory not be used for sheltering, training, planning or financing terrorist acts; and specifically refers to terrorist individuals proscribed by the UN Security Council, including Lashkar-e-Taiba and Jaish-e-Mohammad.

The Taliban, ousted from power by the US shortly after the 9/11 attacks, seized control of Afghanistan in mid-August, ousting the previous elected government which was backed by the West. India has called for ensuring that no country “tries to take advantage of the delicate situation in Afghanistan and use it for its own selfish interests.”

In his speech, Jaishankar also said that promotion of economic and social activity is intrinsic to progress and prosperity. Asia, in particular, suffers from a deficit of connectivity which is so essential for that purpose, he added.

“As we build these modern arteries of commerce, it is absolutely essential that the most basic principles of international relations are observed. Respect for the sovereignty and territorial integrity of nations rank foremost among them,” he said, amid China’s aggressive behaviour in the Indo-Pacific region.

The CPEC, which connects Gwadar Port in Balochistan with China’s Xinjiang province, is the flagship project of Chinese President Xi Jinping’s ambitious Belt and Road Initiative (BRI). Originally valued at USD 46 billion, the CPEC projects were worth USD 62 billion as of 2017.
India has protested to China over the CPEC as it is being laid through PoK. “It is also important that connectivity building is a participative and consensual exercise, based on financial viability and local ownership. They must not serve other agendas,” he said.

China is engaged in hotly contested territorial disputes in the South and East China Seas. Beijing has also made substantial progress in militarising its man-made islands in the past few years. Jaishankar also underlined the forum’s relevance in addressing contemporary challenges, including pandemics and protection of global commons.

“Even as the world seeks to overcome the pandemic, there are equally pressing challenges it must address. Climate action ranks high among them. In many ways, the mind-set required is similar if we are to decisively forge ahead. Both pandemic and climate change require genuine and sincere international collaboration. They must ensure accessibility and affordability, especially to the most vulnerable. And they are a call for us all to adopt a more sustainable lifestyle,” he said.

Noting that the post-pandemic world requires resilient and reliable supply chains, he said, ?it encourages additional engines of economic growth. It also puts a premium on greater trust and transparency. CICA can make a notable contribution to all these endeavours that will enhance security and sustainable development in Asia.”

“We have always seen the world as a family, expressed in the concept of ?VasudhaivaKutumbakam’. Naturally, this applies in even greater measure to Asia. Our belief is expressed in a variety of ways, including in meeting challenges and finding solutions together. This was clearly in evidence during the Covid pandemic, when we provided vaccines, medicines and medical supplies, as well as expertise to more than 150 nations,? he said.

He said that any collective, including families, are best served by participative and consultative decision-making. “Eight decades ago, when the current global order was being debated, it was a very different world. The members of the UN have quadrupled since then. Asia especially, but also Africa and Latin America, are inadequately represented in its decision-making. The limitations of the multilateral response to the Covid pandemic were starkly evident. This only makes a case for reformed multilateralism more urgent with each passing day,” he said.

In his address to the 75th anniversary of the UN last year, Prime Minister Narendra Modi had given a clarion call for UN reform and asked for how long will India be kept out of the decision-making structures of the United Nations. Jaishankar also appreciated Kazakhstan’s initiative in consolidating the unique CICA forum and underlined its relevance in addressing contemporary challenges, including terrorism, pandemics and protection of global commons.

Jaishankar arrived in Kazakhstan from Kyrgyzstan on Monday (October 11) on the second leg of his three-nation tour to Central Asia.

US Recognises India is Important Part of Conversation on Afghanistan: Jaishankar