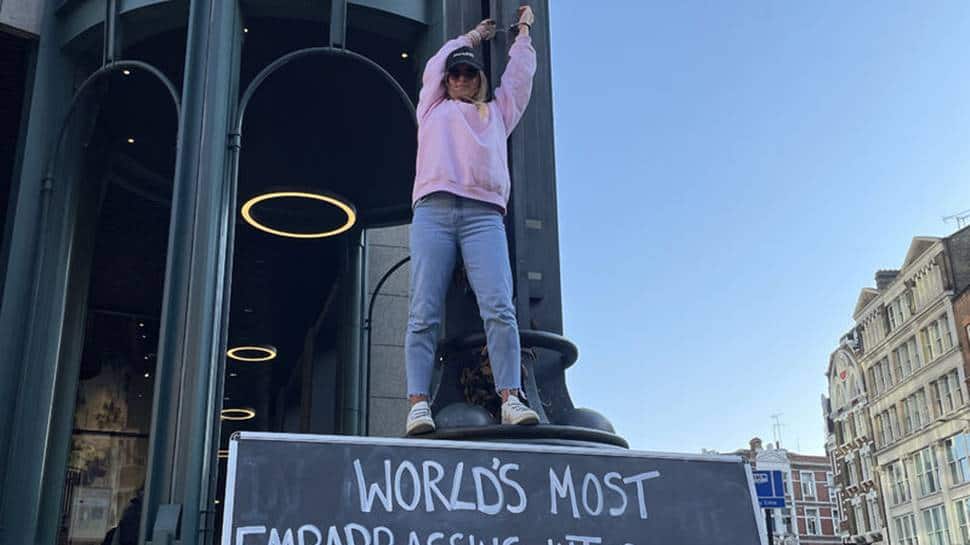 Most people have had to go through a gruelling internship to land a desired job and they can be brutal. While some interns do end up showing a creative side that leaves their employers’ flummoxed. A 22-year-old management student got herself handcuffed to a pole in standing position in central London.

Anya Jackson put the photo of the incident and went to write that it was a paid stint and the suggestion was hers too. Jackson stood with a sign “World’s most embarrassing internship. Single? Download Thursday. #Cuffingseason”

She mentioned that she was given a target of £25 or Rs 2,567 and had to get a thousand people to sign up for the app. She got herself handcuffed to a pole with a sign asking people to sign up and then posted the pic on LinkedIn. She also mentions that as soon as she got the 1000 sognatures, her manager uncuffed her.

Though the post got mixed reactions, many stated that the stunt was “disturbing” and the part was a bit extreme for internship. Some users also saw the stunt as exploitative and demeaning. However, some appreciated her creativity and she got plenty of support as well as several job offers.

The picture, on Jackson’s LinkedIn account has gone viral on social media. The post has received over 14,000 likes and 1,000 comments till date.

Man does ‘bhangra’ after getting COVID-19 vaccine, netizens shower him with love – Watch

COVID-19: Covaxin gets emergency use nod for children aged 2-18 years