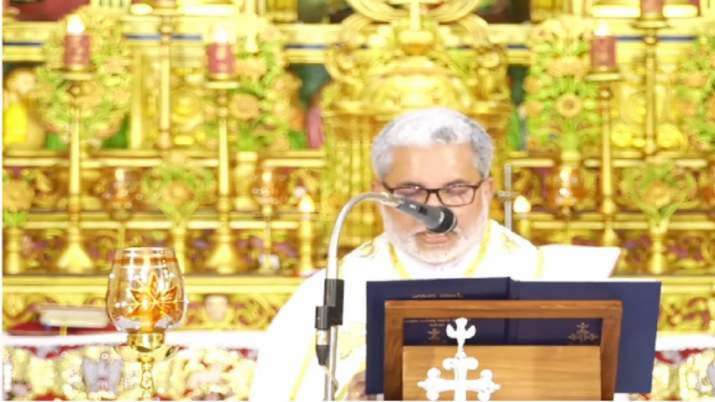 The controversial statement of Catholic bishop Joseph Kallarangatt on the alleged ‘love and narcotic jihad’ kicked up a political storm in Kerala on Friday as the opposition Congress came out criticising him saying the remarks had “crossed the limits” while the BJP extended complete support urging the society to discuss it.

However, the ruling CPI(M), which used to be quick to react in sensational issues, is yet to make any official statement over the matter.

Leader of Opposition in the Assembly, V D Satheesan, in a Facebook post, requested the community and spiritual leaders to desist themselves from making any move or statement that would destroy the atmosphere of peace in the southern state and mutual trust between human beings.

Stating that crime does not have any caste or gender, he said seeing caste and religion for mental illness is tantamount to racism.

“It is a grave mistake to count the number of crimes on the basis of caste and religion and blame any particular community for the same.


The statement of bishop Joseph Kallarangatt has crossed the limits,” he said.

He also opined that religious leaders should maintain self-control and restraint.

Echoing the same sentiments, senior Congress leader and MLA, P T Thomas said the bishop’s statement is not conducive to foster communal harmony in the society.

“No one should give fuel to divide communities that have always maintained religious harmony,” he said in a FB post.

However, BJP state chief K Surendran came out supporting the bishop, belonging to the prominent Syro-Malabar Church, saying that what he had said was a “serious issue” which the state society should discuss and analyse.

“What the Bishop has said is based on his own experience. It is a serious issue which should be discussed without any prejudice. Why certain people are afraid of debate?” he told reporters.

Supporting the claims of Kallarangatt, the BJP president alleged that ‘narcotic jihad’ is a reality in the state and those who are being arrested in connection with rave parties in Kerala have close links with terrorist networks.

Not just in Kerala or India, but across the world, the drug mafia has inseparable connection with the terrorist groups, he added.

“There is no need to attack the bishop from all corners for telling the truth. What he said was not a new thing. He did not accuse any particular community but blamed only those indulging in anti-social activities,” Surendran added.

Meanwhile, a Kottayam-based Muslim outfit lodged a complaint with the district police chief against the Pala Bishop.

The Mahallu Musim Coordination Committee, a taluk outfit in Kottayam which sought the legal action against the Catholic priest, alleged that his statement was a deliberate attempt to polarise the society on communal lines.

“A case should be registered against him under IPC 153 A for making such communal statement,” Ajas Thachatt, the secretary of the outfit, told reporters.

IPC 153 A refers to promoting enmity between different groups on ground of religion, race, place of birth, residence, language, etc., and doing acts prejudicial to maintenance of harmony.

Joseph Kallarangatt on Thursday triggered a controversy, saying Christian girls were largely falling prey to “love and narcotic jihad” in Kerala and wherever arms cannot be used, extremists were using such methods to destroy the youth belonging to other religions.

Addressing devotees during a church celebration at Kuravilangad in this district, the Bishop said as part of the “love jihad”, non-Muslim girls, especially those belonging to the Christian community, were largely being converted after trapping them in love and being exploited and misused for destructive activities like terrorism.

Muslim outfits had protested the statement of Pala Bishop Mar Joseph Kallarangatt, alleging that it was meant to create a communal divide in Kerala society.