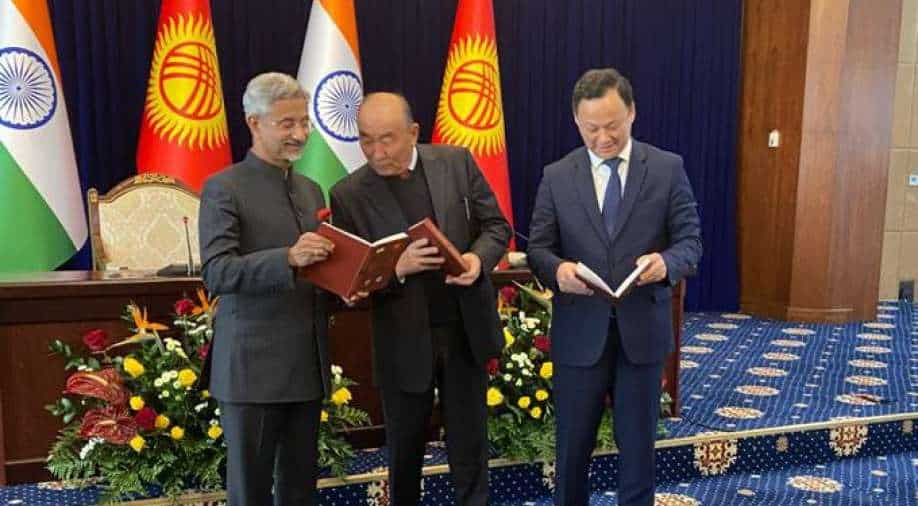 External Affairs Minister S Jaishankar on Monday, along with Kyrgyzstan Foreign Minister Ruslan Kazakbayev released a dictionary of common words in Hindi and Kyrgyz languages. Also, he thanked the Kyrgyz State Language Commission for this initiative.

Jaishankar arrived on Sunday at the Kyrgyz Republic as a part of his four-day visit to Kyrgyzstan, Kazakhstan and Armenia with an aim to further expand bilateral ties with the three Central Asian countries.

At the meeting, India agreed to a USD 200 million Line of Credit support for development projects in Kyrgyzstan, as Jaishankar held “cordial and constructive” talks Kazakbaev on a wide range of bilateral and global issues, including Afghanistan.

Jaishankar is also expected to hold bilateral talks with Deputy Prime Minister and Foreign Minister of Kazakhstan, Mukhtar Tileuberdi, and call on the Kazakh leadership.

Galwan incident has had deep political and public impact: Jaishankar

Covid necessitated need for urgency to re-imagine cooperation: Jaishankar on India-ASEAN ties
Related Topics:DictionaryJaishankarKyrgyzlanguage
Up Next

After talks fail to resolve issues at LAC, China pins blame on India