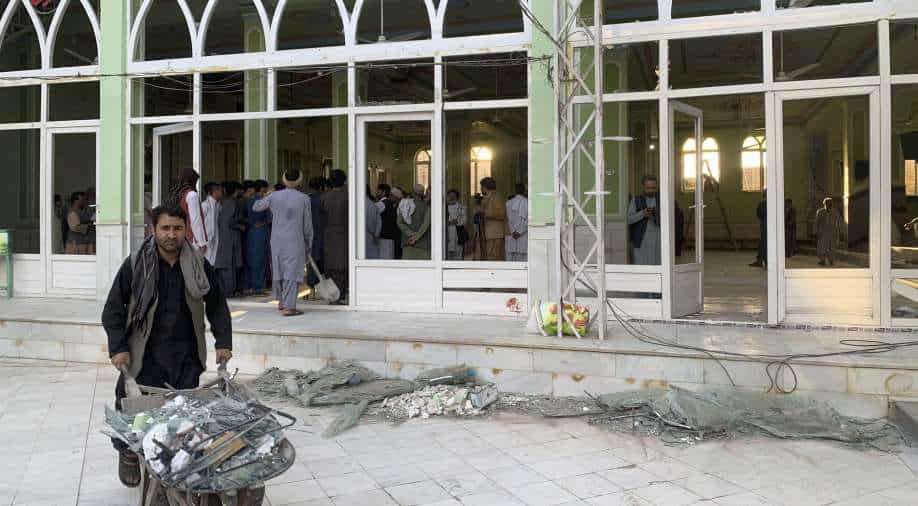 The Islamic State group has claimed responsibility for the suicide bomber attack at a Shiite mosque in the southern Afghan city of Kandahar that killed dozens of people and injured scores.

A statement posted by the group’s Amaq news agency on Friday said that two Islamic State fighters shot dead the guards of the mosque, broke in and blew themselves up between two groups of worshippers, one of which consisted of around 300 people.

At least 47 people were killed and 70 others injured in the explosion inside the mosque during the Friday prayers.

It was the second week in a row that militants bombed Friday prayers and killed dozens of worshippers.

The attack follows several other recent attacks against religious institutions in Afghanistan, including last week’s attack against the Gozar-e-Sayed Abad Mosque in Kunduz.

In a statement, the council expressed their deepest sympathy and condolences to the families of the victims, and they wished a speedy and full recovery to those who were injured.

Members of the Security Council reaffirmed that terrorism in all its forms and manifestations constitutes one of the most serious threats to international peace and security.

“The members of the Security Council underlined the need to hold perpetrators, organizers, financiers and sponsors of these reprehensible acts of terrorism accountable and bring them to justice,” the statement said. They urged all States, in accordance with their obligations under international law and relevant Security Council resolutions, to cooperate actively with all relevant authorities in this regard.

The United States also condemned the latest suicide attack. “We strongly condemn the attack on a Shia mosque in Kandahar today, the third such attack this month, and offer our condolences to the victims and their families. The Afghan people have the right to live and worship in peace and safety whichever religion or belief they choose,” state department spokesperson Ned Price said in a tweet.

Ground report: Chilling details of 10 victims killed by US drone strike in Afghanistan

Warlord chic: Taliban make themselves at home in Dostum’s mansion

At least 2 killed, over 20 injured in consecutive blasts in Afghanistan’s Jalalabad city

Tuberculosis Deaths Rise for First Time in Years, WHO Report Links it to Covid-19