India has more women than men for the first time, finds government survey 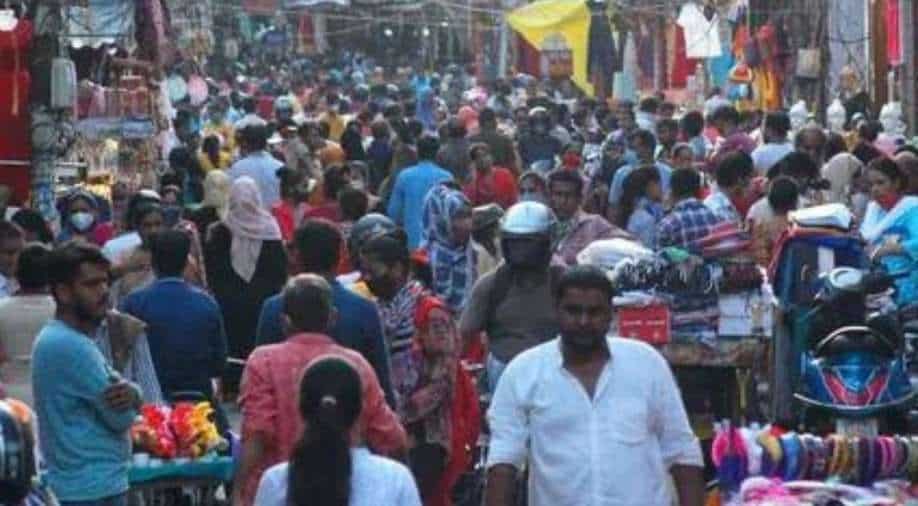 As per the National Family and Health Survey-5, India now has more females than males for the first time on record. The survey’s data has been drawn from around 600,000 households across the country.

Showing a positive demographic shift, the survey released by the Indian health ministry on Wednesday (November 24), recorded 1,020 women per 1,000 men after two years of research.

The National Family Health Survey 2019-21 (NFHS-5), the fifth in the NFHS series, provides information on population, health, and nutrition for India and each state and union territory — clubbed under Phase-II.

ALSO READ | Indian crypto investors may get exit time if govt bans trade, but with a rider: Report

It is also important to note that the findings of NFHS-5 in respect of 22 states and union territories covered in Phase-I were released in December 2020.

The NFHS-5 survey focused on some new topics, such as preschool education, disability, access to a toilet facility, death registration, bathing practices during menstruation and methods and reasons for abortion.

Apart from the improved sex ratio in favour of women, other key findings in the survey are:

-Full immunization drive among children aged 12-23 months has recorded a substantial improvement from 62 per cent to 76 per cent.

-Nearly four-fifth (78 per cent) of mothers received postnatal care from health personnel within two days of delivery in the country, a significant rise from 62.4 per cent in NFHS-4.

-The survey findings stated total fertility rate (children per woman) in the country has reached the replacement level of fertility, a significant demographic milestone. The average number of children per woman has further declined from 2.2 to 2.0 at the national level.

78.6% of women had bank accounts and 77.3% of them had access to hygienic protection during menstruation in 2019-20. pic.twitter.com/nzFLFSZ1vW

-Overall Contraceptive Prevalence Rate (CPR) has increased substantially from 54 per cent to 67 per cent at the all-India level.

-Full immunization drive among children aged 12-23 months has recorded improvement from 62 per cent to 76 per cent.

With a special emphasis on women, India’s health indicators are rising under PM @NarendraModi ji.

-Significant progress has been recorded in regard to women operating bank accounts from 53 per cent in NFHS-4 to 79 per cent NFHS-5.

The union health secretary noted that data of NFHS-5 does not fully capture the transformative interventions of government schemes like Ayushman Bharat, Pradhan Mantri Jan Aarogya Yojana and Pradhan Mantri-Surakshit Matritva Abhiyan because they were being rolled out while the survey was being conducted.

Women’s health has been a priority under PM @NarendraModi ji’s governance model.

WIth rising positive indicators, 89.4% of all births were attended by professionals in 2019-20. pic.twitter.com/C8UTSEHGJg

Decrease in average height of adults in India alarming: Study

As threat of vaccine inequity looms, here’s how India is helping the world heal

Stan Swamy’s death: Facts vs furore – here is what we know

Francisca Susano, oldest person in the world, dies at age of 124