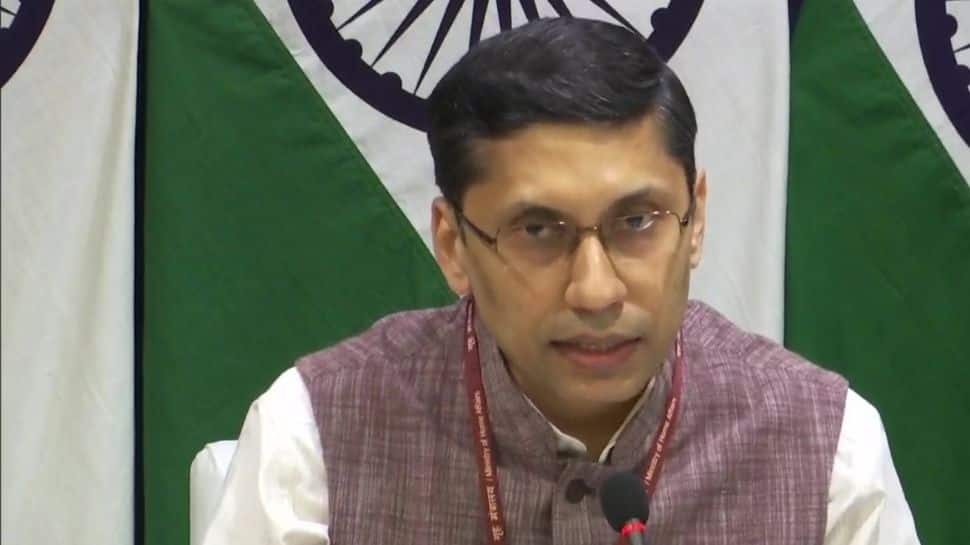 New Delhi: India on Thursday (October 14) termed the reports of violence in Bangladesh during Durga Puja “disturbing” and said the Indian High Commission along with the consulates are in close contact with the government and local authorities.

Speaking at a weekly media briefing here, the Ministry of External Affairs spokesperson Arindam Bagchi said New Delhi has noted the prompt action of the Bangladesh government to ensure the control of the situation. Communal violence broke out in several places in Bangladesh on Wednesday after news broke on social media about the alleged desecration of the Holy Quran at a Durga Puja venue on the bank of Nanuar Dighi. Several incidents of vandalism at Durga Puja pandals were reported.

“We have seen disturbing reports of untoward incidents, involving attacks on a religious gathering in Bangladesh. We note the government of Bangladesh has reacted promptly to ensure the control of the situation including deployment of law enforcement machinery,” Bagchi said, when asked about India`s reaction to the incident.

“We also understand the ongoing festive celebration of Durga puja continues with the support of the government of Bangladesh agencies and a large section of the public. Our high commission and our consulates are in close contact with government and other authorities and at the local level,” he added.

At least three people were killed and 60 injured including journalists, police and common people, in the communal violence during Durga Puja celebrations in Chandpur`s Hajiganj Upazila. The incident occurred on Wednesday when the Hindu devotees were celebrating Durga Puja, the greatest religious festival of the Hindu community in Bangladesh, reported Dhaka Tribune.

Earlier in Cumilla, at least 50 people were injured as a group of religious extremists clashed with law enforcers in the Nanua Dighirpar area over reports of “demeaning the Holy Quran” at a Puja Mandap, reported Daily Star. Meanwhile, Bangladesh Prime Minister Sheikh Hasina has issued a tough warning, saying anyone involved in the attacks on Hindu temples and Durga Puja venues in Cumilla will not be spared. “The incidents in Cumilla are being investigated. Nobody will be spared. It doesn`t matter which religion they belong to,” she said while exchanging greetings with people of the Hindu community on the occasion of Durga Puja on Thursday.

50 years of India-B’Desh ties: Students from both countries to jointly build Satellite, launch by ISRO