I am so filled with emotion, Shatner tells Bezos after space flight 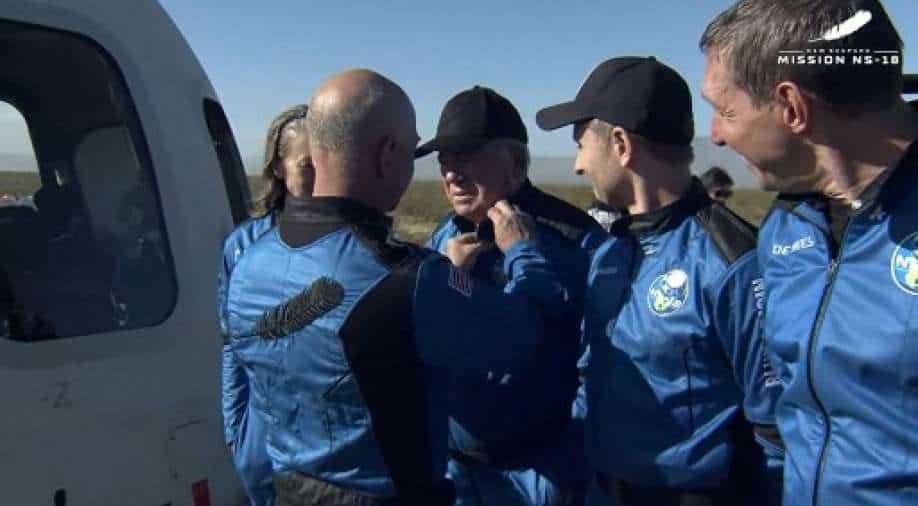 Star Trek legend William Shatner, 90, after travelling to space on the Blue Origin rocket said it was an “unbelievable” experience.

Shatner who played the role of Captain James Kirk in the hit television series was in space for 11 minutes and then landed in the Texas desert.

Blue Origin’s New Shepard rocket had blasted off from Texas with Shatner on board on Wednesday evening.

“What you have given me is the most profound experience I can imagine,” Shatner told Bezos who owns the rocket company.

“I am so filled with emotion about what just happened,” Shatner said as Bezos embraced him.

Also Read: William Shatner is ‘terrified’ to go into space

“You’re looking into blackness, into black ugliness,” Shatner said. “And you look down, there’s the blue down there – and the black up there – and it’s just, there is Mother Earth.”

Bezos had undertaken the space flight back in July along with his brother Mark and aviator Wally Funk, 82, and 19-year-old Oliver Daeman.

Azerbaijan-Armenia: Back on the brink of war