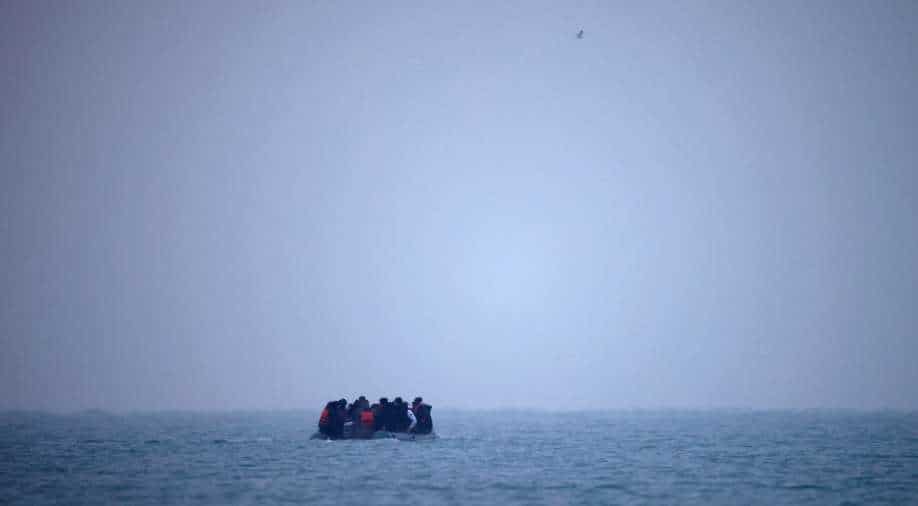 The day after at least 27 people died trying to cross the English Channel when their flimsy inflatable boat capsized during the perilous voyage, the leaders of France and England vowed to crack down on migrant crossings even as they offered a fractious response to one of the deadliest disasters in recent years involving migrants trying to cross the narrow waterway separating the two countries.

French officials confirmed that children and a pregnant woman were among those who had drowned, as crews worked in the cold and wind to recover bodies and to try to identify those who died. Two people, one from Iraq and one from Somalia, were found and taken to a French hospital, where they were being treated for severe hypothermia.

The representative in Paris of Iraq’s Kurdistan region said many of the victims were believed to be Iraqi Kurds but that identifying them was difficult. French officials have not said where the dead were from.

The tragedy was a stark reminder that five years after authorities dismantled a sprawling migrant camp in Calais, both countries are still struggling to handle the flow of migrants in the area.

France and Britain have long accused each other of not doing enough to curb attempts to cross the channel. After the tragedy Wednesday, Prime Minister Boris Johnson of Britain said greater efforts should be made to allow joint patrols along the French coast.

And President Emmanuel Macron of France said he expected the British “to cooperate fully and to abstain from using this dramatic situation for political means.”

Speaking to reporters Thursday, Macron added that France was in any case only a “country of transit” for migrants who wanted to reach Britain.

“In a way, we are holding the border for the British,” he said, adding that most of the migrants who reach the area around Calais did not want asylum in France despite offers from French authorities.

The two leaders spoke by phone late Wednesday and said in statements afterward that they had agreed to step up efforts to prevent migrants from making the journey across one of the world’s busiest shipping lanes.

Under an agreement between the two nations, Britain pays France to clamp down on crossings through surveillance and patrols.

Johnson said that he was “shocked and appalled and deeply saddened by the loss of life at sea in the channel.” But, he added: “I also want to say that this disaster underscores how dangerous it is to cross the channel in this way.”

Macron called for an immediate tightening of border controls and an increased crackdown with other European nations on people smugglers.

“France won’t let the Channel become a graveyard,” he said in a statement.

The drownings came only a few days after French and British authorities had reached an agreement to do more to stem the number of people taking to the sea.

Attempts to reach Britain in small boats have increased in recent years as authorities have cracked down on the smuggling of asylum-seekers inside trucks crossing by ferry or through the Channel Tunnel.

Since the beginning of the year, there have been 47,000 attempts to cross the channel in small boats, and 7,800 migrants had been saved from shipwrecks, according to French officials. Before Wednesday, seven people had died or disappeared so far this year.

Many migrants — who are often from countries in Africa or the Middle East like Iraq and Eritrea — consider Britain an ideal destination because English is spoken, because they already have family or compatriots there, and because it can be relatively easy to find off-the-books work.

But the recent increase in attempts to cross the English Channel by boat reflects a shift in how migrants are traveling, not in how many, according to migration experts and rights groups, who say that, overall, asylum applications in Britain are down this year.

The crossings have become another element in the worsening relations between France and Britain, which have also clashed over fishing rights and trading checks after Britain’s departure from the European Union, as well as over a submarine alliance among Australia, Britain and the United States that undermined a previous French deal.

Barbados elects its first president, all set to remove Britain’s Queen as head of state