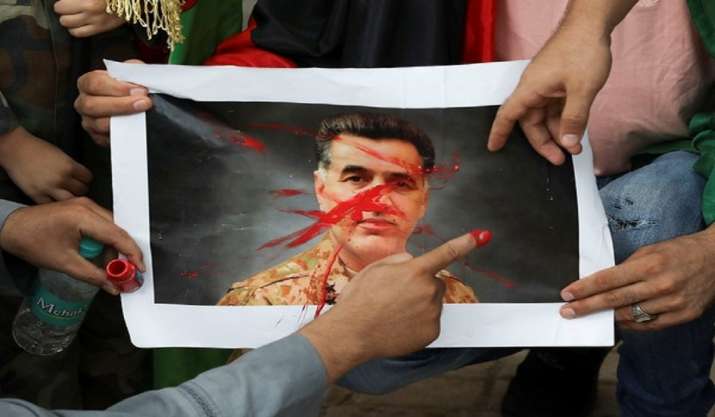 Faiz Hameed, who was removed as the Director-General of the Inter-Services Intelligence and appointed as the Peshawar Corps Commander, can become the Pakistan Army head with the support of Prime Minister Imran Khan.

Earlier, Hameed was on a high profile visit to Kabul last month to patch up differences between the so-called moderate Taliban, mainly those who negotiated the February 2020 Doha Pact and the field commanders whose military push brought the group to power on August 15.

He ensured that Sirajuddin Haqqani, son of Jalaluddin Haqqani (head of the Haqqani Network that worked at the ISI’s behest and was on the UN’s list of terrorists) was appointed Interior Minister and at least two other Haqqanis got key positions in the interim government.

Hameed is reputed to have piloted the Taliban through the Doha talks and on the battlefield across Afghanistan, sending thousands of irregular fighters and military planners to help the Taliban.

It is reported that the current Army Chief, Gen Qamar Javed Bajwa saw Hameed out and probably felt he was growing too big for his boots, reported Islam Khabar.


Moreover, as new Peshawar corps commander Hameed is overseeing the Kabul developments where the Taliban are still at loggerheads.

Even more important is that the post brings Hameed in line for the top job when it falls vacant when Bajwa, already on an extension, finally retires in 2022, reported Islam Khabar.

Reports are that Bajwa may seek one more extension but even if that does not happen, Imran Khan, who formally ‘selects’ the Army Chief and the ISI chief from the panels submitted to him, would want to have his say, before he goes for national elections in the summer of 2023.

Although officially announced by the Army Headquarters, Hameed’s appointment has yet to receive approval from the Prime Minister’s Office.

Najam Sethi said in his editorial in The Friday Times (October 8), “Although the transfer was on the cards — because his subsequent professional ambition depended on commanding a Corps – it was also known that Prime Minister Imran Khan wanted to hang on to his ISI coattails for as long as possible. Perhaps this is why there is a buzz about the delay in issuing the notification. Has Imran Khan changed his mind for some reason? Was there some misunderstanding between COAS and PM that has led to this confusion? If this is not sorted out quickly, we could face some serious turbulence,” reported Islam Khabar.

Sethi observes, “it is now speculated that the new DGISI, Lt Gen Nadeem Anjum, will not be inclined to follow too closely in the political footsteps of his predecessor for two reasons: one, he is General Bajwa’s nominee rather than the prime minister’s even though the appointment is supposed to originate in the PM’s office; two, the army chief means to direct the ISI to pursue his own objectives and priorities rather than those of the prime minister or General Faiz himself.”

Moreover, Imran Khan was mentored by Hamid Gul, former head of Pakistan’s ISI, known as the “godfather of the Taliban”, when he left cricket to join politics, to develop sympathy for the terrorist groups. He opposed military action against them to such an extent that Musharraf had nicknamed him “Taleban Khan.” Khan also benefited immensely when the ISI sought to confront Nawaz Sharif in 2014.

Over the years, DG, ISI is involved in key decisions with India, Afghanistan, on the Kashmir issue, on nuclear weapons and the US. In recent years, this has been extended to China and Saudi Arabia, both countries that exercise immense influence in Pakistan. The openly unstated task of DG, ISI has been to nurture and deploy terrorists, reported Islam Khabar.

At Afghan peace talks, hoping to end their fathers’ war

Pakistan based Lashkar-e-Taiba shifting base into the country, Afghan govt tells India