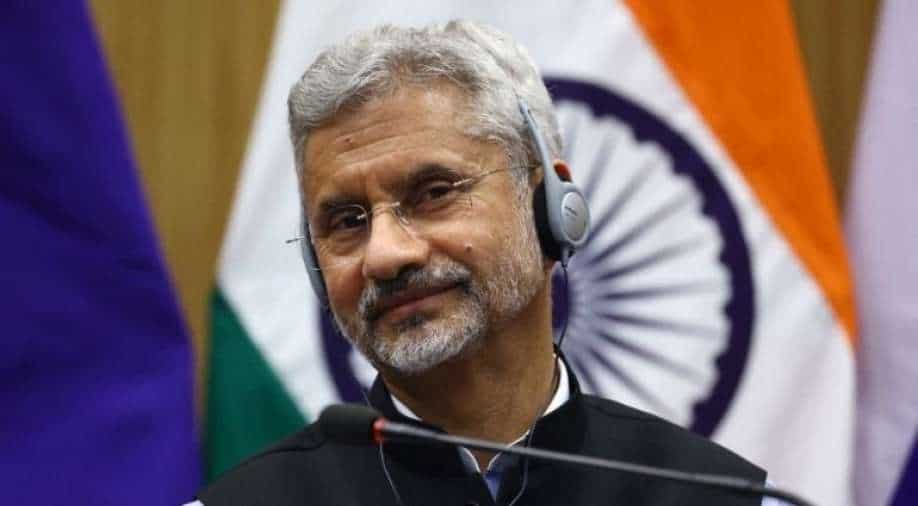 India’s External Affairs Minister S Jaishankar on Monday said that “nobody saw the endgame coming” in Afghanistan and called on the international community to “work in the collective interest” of Afghans.

These were the first public comments by the minister on the current situation in Afghanistan, which saw a surprise takeover from the Taliban of Kabul on August 15.

Speaking at the JG Crawford Oration 2021, he pointed out, “All of us understood for some years that the presence of the United States and its allies would wind down eventually in Afghanistan… The fact was that for all the debate and deliberations on it, it would be a fair statement to assert that the endgame was not something that anybody saw it coming. It wasn’t exactly the scenario anybody was prepared for.”

Ever since the fall of Kabul, India left no stones unturned to evacuate as many of the citizens it can. It has been coordinating with several countries like the US, Tajikistan, Uzbekistan, Iran, Oman and lifted more than 500 people, of which more than 200 are Afghans, mostly Sikhs and Hindus.

Highlighting New Delhi’s role in taking up the Afghanistan issue in the United Nations Security Council, he said, “I should emphasise that in the UNSC, in the month where we held the presidency, the members passed resolution 2593 on Taliban, demanding that Afghanistan’s territory should not be used for terrorism, and expecting them to live up to their promises of forming an inclusive government, and better treatment of minorities, women, children.”

Also read | How will the Taliban govern? A history of rebel rule offers clues

India is the non-permanent member of the council and it held the chair of the presidency in August, presiding over key meetings. Under its presidency, three meetings took place on Afghanistan—on August 6, August 16, and August 30—the last one saw a resolution being passed on the Afghanistan crisis. The resolution saw the backing of 13 countries, while the remaining two—Russia and China—abstained from voting.

Cautioning against some countries’ “natural temptation of diplomacy to score a point above the others and try to get ahead in the game”, he said, “This is the time for the international community to actually come together and work in what is true for the collective interest.”

While heartbreaking visuals of Afghans fleeing the country via the Hamid Karzai International Airport emerged, there has been a deafening silence by the international community on the crisis. During the UNSC meeting, a divide emerged between the West, led by the US, and Russia and China on the issue of engaging with the Taliban.

Speaking on the role of the US in the aftermath of the Afghan crisis, the EAM said, “US is the US, it has deep strengths, an extraordinary capacity to re-invent itself, re-energize itself. We have seen that in history and that some variant of the debate would have also happened in the 1970s after Washington’s Vietnam debacle.”

Kabul airport blasts: Taliban condemn US drone attack on IS-K militant A stranded interpreter, and the soldiers who would not let go