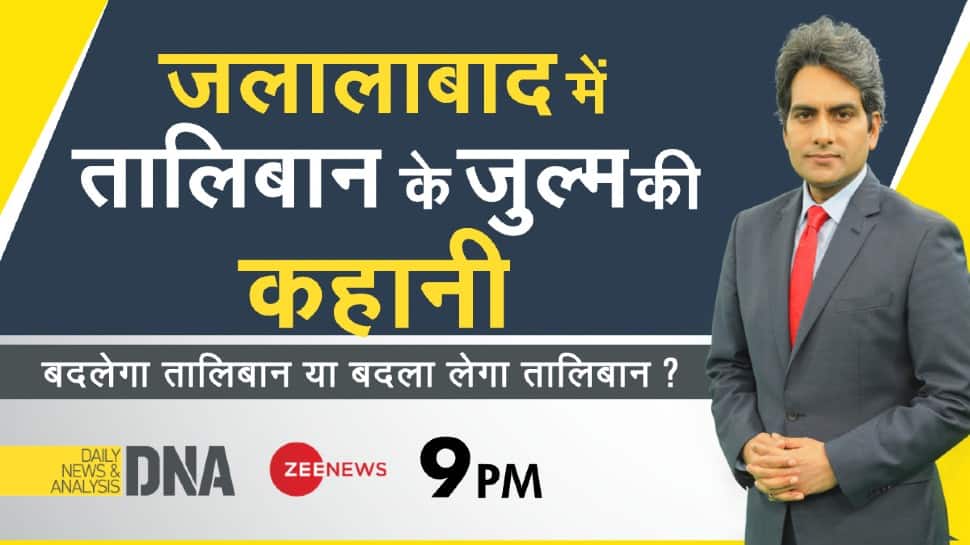 New Delhi: Taliban leader Mullah Abdul Ghani Baradar returned to Afghanistan after 20 years. He reached Kandahar from a military plane of Qatar Air Force. From here he will go to Kabul. He is one of the top contenders for the post of Afghanistan’s President.

Zee News Editor-in-Chief Sudhir Chaudhary on Wednesday (August 18) discussed what the return of Mullah Baradar would mean for Afghanistan. Will it pave the way for a new era of Islamic terror in the region?

Kandahar is considered a stronghold of the Taliban. This is where the top commanders and leaders of the Taliban operate from. It can be said that the Parliament of Taliban terrorists assembles in Kandahar. Now, Baradar has reached there.

He traveled from Qatar to Kandahar in a C-17 aircraft which is a highly advanced aircraft that is used by the air forces of powerful countries such as America, Canada, Britain, Australia and India. A C-17 aircraft without weapons can cost up to Rs 2750 crore. Such an expensive aircraft! And Qatar put it on service of a Taliban leader.

When Mullah Baradar signed a peace deal with the US last year, Qatar had taken responsibility for all the arrangements in Doha. When Mullah was released from Pakistan prison in 2018 after 8 years, it was Qatar that gave him a place in the country. At that time, Mullah was made the head of the Taliban political party in Qatar.

Mullah Baradar was arrested by the US because they felt that he could be a big threat to them and could carry out major terrorist activities. He was kept in jail for 8 years in Pakistan on the pressure of the US. Ironically, it was the US that ensured he was released and then the peace agreement was signed between them in Doha last year. This clearly reflects America’s double standards.

Mullah Baradar is one of the four men who formed the Taliban in 1994. That is why his candidacy for president is the strongest. On his arrival at Kandahar Airport, Taliban commanders gave him a rousing welcome.

The last time Afghanistan was under Taliban rule, that government was headed by Mullah Omar, who had great faith in Mullah Baradar. Baradar later married Mullah Omar’s daughter and became deputy foreign minister in the Taliban government.

Mullah Baradar fought many battles against the NATO forces, led many major terrorist operations in the name of Jihad, helped maintain Taliban;’s ties with countries like Qatar and Pakistan. He has always been involved in the political affairs of the Taliban.

Today when he has returned, it is clear that he is going to come to power.

However, at this time, the leaders around the world should think about whether they would welcome on the international stage a person who tried to justify terrorism in the name of Jihad and Islamic fundamentalism. What is the guarantee that he will not repeat what the Taliban did when in power previously once he becomes the President of Afghanistan?

A day after the Taliban held a press conference where they claimed their rule will be different this time, their members killed three people today in Jalalabad, 150 km from Kabul.

It so happened that some Afghans in Jalalabad, angered by the installation of Taliban flags, took out a rally to remove the flag and hoist the national flag of Afghanistan. This protest did not sit well with the Taliban who started firing indiscriminately at the crowd.

With such incidents happening, how can the Taliban be trusted?

If the world accepts these Talibani leaders today, then in a way, terrorism will get legal recognition all over the world. Afghanistan will become the biggest center of terrorism where there will be no one to stop the terrorists. The leaders of the world will have to shake hands with the terrorists, whom until recently United Nations and countries like America had been blacklisting. Have to take pictures with them. Who knows soon these terrorists might be addressing the world from the platform of the United Nations! And this will be no less than a joke.

DNA Exclusive: The US betrayal, rise of Taliban, and plight of innocents in Afghanistan

DNA Exclusive: Saga of a son to get justice for his mother raped 26 years ago

DNA Exclusive: Is bumper voting in Nandigram indication of ‘poriborton’ in West Bengal?

DNA Exclusive: Your privacy at stake! Google surreptitiously listens to your conversations, here’s how