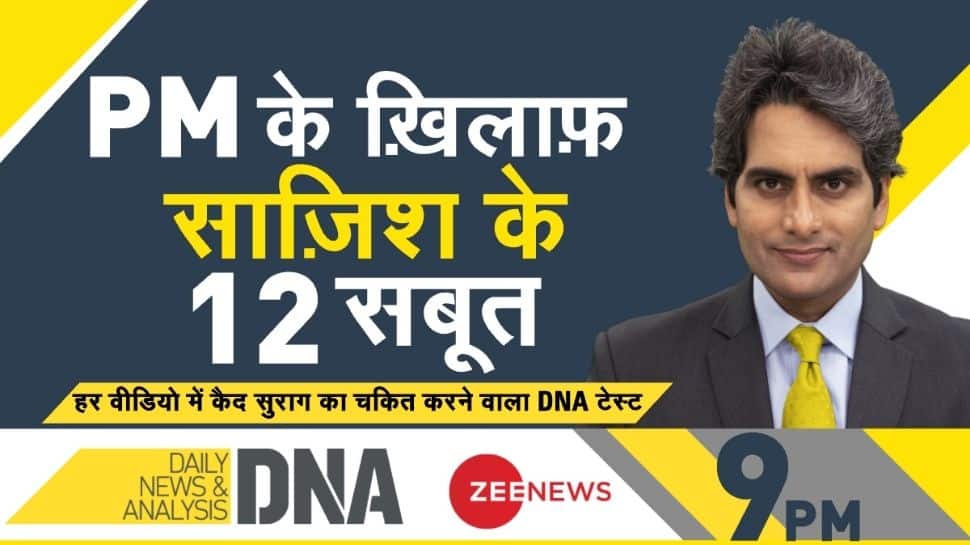 New Delhi: The central government has taken cognizance of the “security lapse” during Prime Minister Narendra Modi’s visit to Punjab and constituted a three-member panel to probe the matter. In the coming days, the Centre can take stringent measures in this regard.

Zee News Editor-in-Chief Sudhir Chaudhary on Thursday (January 6) presented 12 pieces of evidence that hint that there was a ‘conspiracy’ behind the “major security lapse” in PM Modi’s convoy.

Meetings ahead of PM’s visit

On January 1, meetings were held at different places in Punjab’s Ferozepur, where a strategy was formed to surround the PM’s cavalcade. Then on January 5 morning, the day of the PM’s visit, the crowd gathered on different routes in Ferozepur. Earlier, the route through which the Prime Minister was coming was clear and there were no protestors. However, it has come to Zee News’ knowledge that as soon as PM Modi’s convoy left for Ferozepur by road, a furious mob of 50-100 people reached near the flyover.

If an incident like this becomes a tradition, it can endanger the constitutional structure of India. Soon after the PM’s security breach, supporters of Khalistan started celebrating and said that the people holding the tricolour will have to leave Punjab.

In one of the videos Gurpatwant Singh Pannu, the leader of a Khalistani organization named Sikhs For Justice, can be heard saying that this incident is part of a new beginning to break Punjab from India and create Khalistan. He claimed that the people of Punjab have given their referendum on this.

Meanwhile, it is being said that the Punjab Government and Punjab Police were not informed that PM Modi can go to Ferozepur by road – this information is completely false.

The PM is protected by the SPG. But before SPG, there is another security circle, which is called ASL i.e. Advance Security Liaison. This team had discussed with the Punjab government and police on January 1 and 2 about what would be the route if Modi had to go to Ferozpur by road. The ASL team had also surveyed the entire route during this period.

There was also intelligence that there could be a deadlock during PM’s visit to Punjab. Therefore, ASL in its report suggested heavy security forces on this route. A rehearsal on this route in which this team went from Bathinda to Ferozpur by road was conducted on January 4. Hence, the Prime Minister is going to Ferozpur by road was part of the already prepared alternative plan.
The Additional Director General of Police (ADGP), Punjab also mentioned PM’s road route in his letters. He had written three letters to the top officers of Punjab Police regarding Modi’s visit.

In the letter dated January 2, he wrote that due to the PM’s rally and VVIP movement on January 5, there can be heavy traffic on the road.

“Farmer organizations are planning a sit-in demonstration on this day, so the roads may get blocked,” he had mentioned, adding, that police should prepare the traffic diversion route in advance.

The ADGP also informed in his letter that rain is expected on the day of the rally and that there can be VVIP movement by road, adding that the police should make all the arrangements in advance.

ADGP shot off another letter on January 3 and January 4 where he cautioned the Punjab police department and officers. But Punjab Chief Minister Charanjit Singh Channi says that Prime Minister Modi’s plan to go to Ferozepur by road was made all of a sudden. The question is that if it was a sudden plan, then why was ADGP writing a letter about it since January 2?

The Punjab government says that there was no lapse in the security of the Prime Minister. But the truth is that the entire security system of Punjab Police failed during this incident.

DNA Exclusive: Repealing of farm laws is a setback for politics of economic reforms!

DNA Exclusive: Violence on the streets of London after defeat in Euro Cup final exposes the ‘English civility’

DNA Exclusive: Targeted killings of Hindus and Sikhs in Jammu and Kashmir on the rise again

Kazakhstan: UN urges all sides to refrain from violence