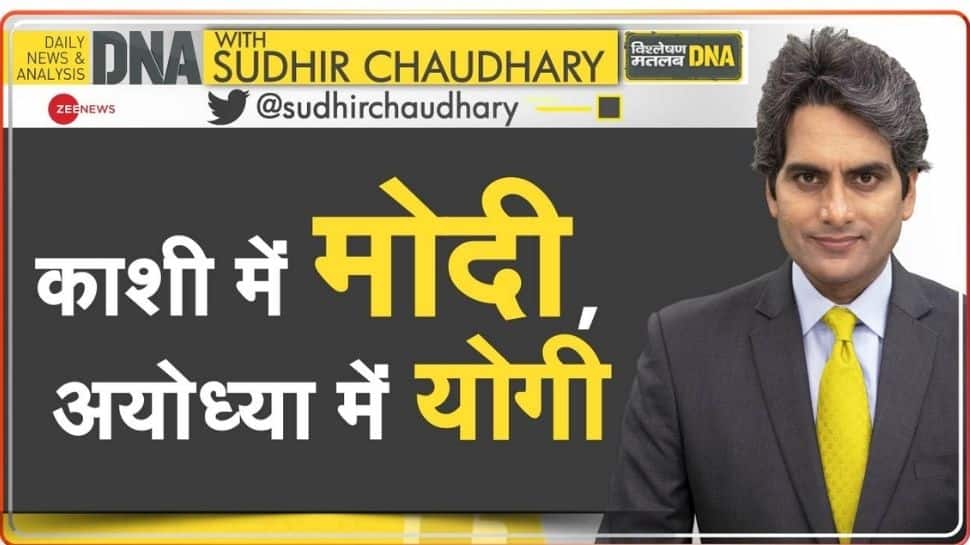 New Delhi: After the Election Commission’s recent announcement of the assembly poll schedule for five poll-bound states, the country has now entered into the election mode. Among all states, Uttar Pradesh is the most high-profile state where the crucial assembly polls will be held in seven phases.

Zee News Editor-in-Chief Sudhir Chaudhary, in his prime time show DNA (aired on January 12, 2022), analysed how electioneering is intensifying in the state ahead of the polls and what’s the ruling BJP’s game plan to win the ‘battle for UP’.

In this high-stakes battle for the 403-member state assembly, the recent breach in Prime Minister Narendra Modi’s security in Punjab is likely to become a major issue in Uttar Pradesh during the upcoming elections as BJP leaders have been continuously targeting the main opposition party Congress – which rules in Punjab – over the lapse.

After several Union Ministers, Uttar Pradesh Chief Minister Yogi Adityanath also attacked Congress over PM Modi’s security breach in Punjab on January 5. Attending a presser, the UP CM alleged, “PM Modi’s security breach during his visit to Punjab was a pre-planned sponsored conspiracy. The Punjab government didn’t follow the protocol. Drone or any attack might have happened there but the Punjab government ignored all this. Congress should apologize to the country.”

Notably, the Supreme Court today appointed a five-member committee headed by former apex court judge Justice Indu Malhotra to probe the lapse in PM’s security. The five-member panel which will probe the incident also comprises the Inspector General of the National Investigation Agency (NIA), Director General of Police of Chandigarh, the Registrar General of the Punjab and Haryana High Court and the Additional DGP (Security) of Punjab.

Meanwhile, Yogi Adityanath is expected to contest UP assembly elections from Ayodhya – that is also the BJP’s formula to retain the most crucial of all states – Modi in Kashi, Yogi in Ayodhya. The saffron party’s central election committee is likely to take a final call in this regard.

In another jolt to BJP, Dara Singh Chauhan resigned from the Uttar Pradesh cabinet a day after Swami Prasad Maurya, another prominent Other Backward Class (OBC) leader quit the Yogi government. From these recent developments, it seems that the BJP will seek votes in the name of Hindutva and Shri Ram in UP. While considering the overall equation, if elections are held on the basis of caste then SP chief Akhilesh Yadav will benefit and if in the name of religion then PM Modi and BJP will benefit.

Akhilesh Yadav promises free laptops for youth, students ahead of UP elections