DNA exclusive: If only a scrappage policy could change the mindset of Indians which they imbibed from the British, Mughals 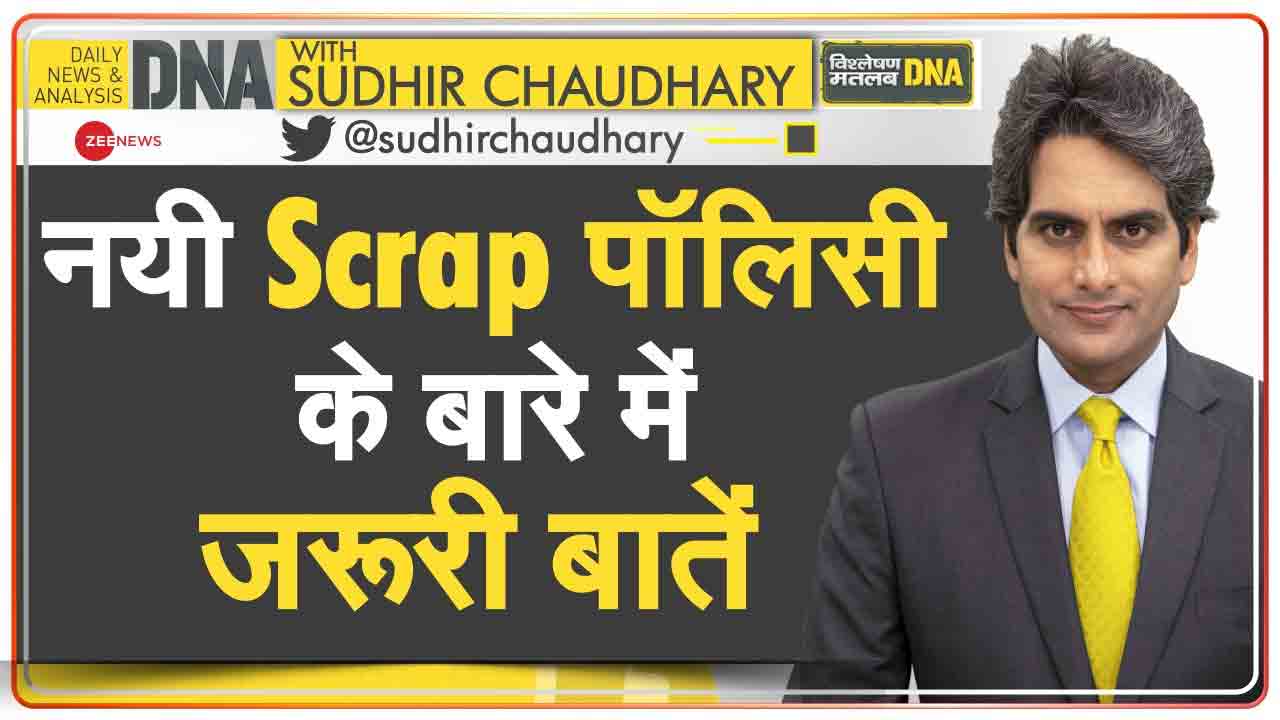 New Delhi: There was a time when people in our country, after investing in a car used to believe that they could drive it and keep it for the rest of their life. A car used to be the pride of the whole family and was treated as an important member of the family by many. However, on Friday, Prime Minister Narendra Modi launched the national vehicle scrappage policy stating that the policy is a significant milestone in India`s development journey. The government said scrapping the vehicle will help phase out unfit and polluting vehicles in an environment-friendly manner.

Under these regulations, a car owner won’t be able to drive the same vehicle for 15-20 years or if it is found to be unfit before the completion of 15 years. In such a situation, the vehicle will be scrapped, i.e. it will be turned into junk. Under the Scrappage Policy, there is a plan to scrap government and commercial vehicles that are more than 15 years old. Private vehicles older than 20 years will also be scrapped.

With the implementation of this scheme, the import of oil in India will also be reduced. The demand for electronic vehicles will increase and the environment will also be benefitted.

Scrap policy is also necessary because old vehicles cause 10-12 times more pollution than fitted vehicles and are a major threat to road safety. One advantage of the Scrap Policy is that the automobile industry will get the cheaper raw material from scrap material and with the help of cheap raw materials, the production cost of the vehicle manufacturers will be reduced. With the scrap policy, about 3.70 crore people will get employment in the automobile sector.

At least 35,000 people will be employed in new fitness centres and investment of Rs 10,000 crore will increase. The government treasury is estimated to get an amount of about 30-40,000 crore rupees through GST from the Scrap Policy.

Rules for creating Fitness Test and Sapping Centers will come into effect from October 1, 2021. Scrapping of vehicles of government and public sector undertakings older than 15 years will be started from April 1, 2022. The fitness test will be made mandatory for heavy commercial vehicles from 1st April 2023 and fitness tests will be made mandatory for all other categories of vehicles from June 1, 2024 in a phased manner.

Germany, Canada, America and most of the growing countries of Europe had implemented this type of Scrappage Policy some 11-15 years ago from today. Although India delayed bringing in the police, it has finally been launched.

And while the government has brought in a policy to scrap the unfit old vehicles, ever gave a thought to the thinking and mentality that has been imposed by the British and Mughals on the people of India.

75 years ago, India got independence from the British. But it was not easy to achieve this independence as the British had ruled India for 190 years before exiting the country. A handful of British were able to enslave such a large and thousands of years old civilization as they succeeded in attacking and destroying the education system of the country soon after they arrived here.

In 1931, Mahatma Gandhi, in his speech during a Round Table Conference in London, stated that the British had cut down the education system of India. The number of educated people was much higher. He said that before the arrival of the British, the number of educated people in India was much higher. Objecting to his remark, an English MP said that whatever the people of India know to read and write today was all because of the British. After this Gandhiji said that he can prove his point. However, due to paucity of time, he could not get additional time to present his views. However, Mahatma Gandhi was absolutely right in his views.

The British themselves had conducted a survey in 1822 on the education system of India at that time. The report showed that at that time, almost 1 lakh schools were running in Bengal Presidency alone. There was not a single village in Madras then that did not have a school. At that time, every village in Bombay with a population of more than 100 had at least one school. The teachers and students who taught in these schools belonged to all castes, there was no discrimination of any kind.

The only difference was that then the education in the schools was done in the Indian way. The British were terrified to see this and made a plan to ruin India’s education system in the next two decades. The education tree of India was cut down and the seeds of Macaulay’s education system were sown in the society of India. India remained a slave of the British for almost 200 years.

Under this, missionary schools were established across the country, in which English was taught in which Christian teachers taught the children about the history of Western civilization, its merits and history. This experiment of the British was so successful that in 1836 Macaulay wrote a letter to his father in which he mentioned that ‘our schools were progressing rapidly. No Hindus studying in these schools will remain attached to their culture. And if all goes well, in the next 30 years there will not be a single Hindu studying English who believes in idol worship, or believes in his religion.’

The upper-caste Hindus were targeted by the British. They were taught in schools and were made to believe that they were responsible for the poor condition of the lower castes.

After independence, these people ran the government. Children and students in schools and colleges were taught only what suited the political agendas of these people. The golden history of India was gradually disappeared from the history books. Ashoka the Great was replaced by Akbar the Great and Aurangzeb replaced Dara Shikoh in school books.

Now, you must have got an idea that how everything can be changed by changing the education system of a country.

DNA Exclusive: How India led the fight against coronavirus and came out a winner

DNA Exclusive: Why does NYT need journalists with ‘anti-India’, ‘venomous mindset’ in Delhi, know here all

DNA Exclusive: Saga of a son to get justice for his mother raped 26 years ago

Miss Universe Australia Maria Thattil was added to a men’s WhatsApp group accidentally. The sexism left her shocked – Read on

Canada Will Soon Require All Air Travellers to Be Vaccinated