COVID-19 was leading cause of death among US police officers in 2021, report says

Staunch critic of the NYPD grapples with deaths of 2 officers

At UNSC, India reiterates its commitment to humanitarian aid for Afghanistan 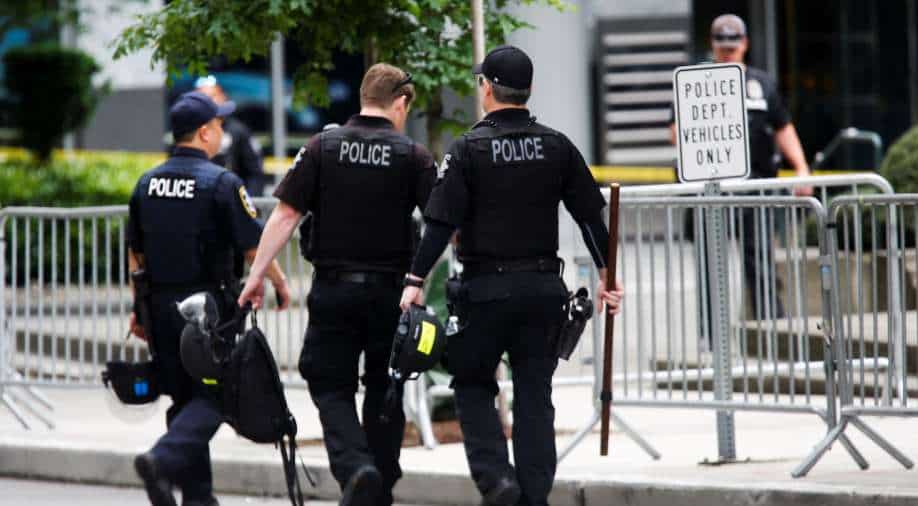 For the second year in a row, COVID-19 was the leading cause of death for U.S. law enforcement officers, according to a report released Tuesday by the National Law Enforcement Officers Memorial Fund.

A total of 458 officers died in the line of duty in the country last year, making it the deadliest year in more than 90 years and a 55% increase from 2020, according to preliminary data compiled by the organization. Of those, it found that 301 federal, state, tribal and local law enforcement officers had died because of COVID-19.

“It has been reported to NLEOMF that these officers have died due to direct exposure to the virus during the commission of their official duties,” the report said.

Felony assaults were responsible for the deaths of 84 officers last year, including 62 officers killed with firearms, the report said. Fifty-eight were killed in traffic-related incidents while working the roadways. Both the number of deaths from firearm assaults and traffic-related fatalities had risen from the previous year.

The remaining deaths were attributed to reasons such as heart attacks, strokes and 9/11-related illnesses, the report said. Other officers were killed in beatings, drownings and stabbings. One officer was killed by floodwaters, and another was killed in a tornado.

In the three decades before the pandemic, the organization’s annual tally of officers killed in the line of duty surpassed 200 only twice, in 2001 and 2007. The last time it went above 300 was in 1930.

While hundreds of COVID-19-related officer deaths were identified, the report is preliminary and its authors expected that agencies had yet to report a significant number of them.

“Law enforcement officers nationwide continue to be exposed to the COVID-19 virus in the course of their daily assignments,” it said. “Therefore, the number of line-of-duty deaths is sadly ever increasing.”

Last fall, it was reported that more than 460 U.S. law enforcement officers had died from COVID-19 infections tied to their work since the start of the pandemic. With no comprehensive accounting of how many officers had been sickened with the virus, departments from coast to coast reported large outbreaks in the ranks. Vaccinations, which have proven to be effective in preventing severe illness and death, have remained a hard sell for some officers.

‘Vocal for local’: PM Modi urges people to buy ‘Made in India’ products on Diwali

US designates Pakistan, China as countries of particular concern for religious freedom violation

Regardless of variant, complete vaccination key to protect against death, Covid disease: WHO

Denis Alipov appointed as the new Russian envoy to India

Who is S Somanath? Here’s all you need to know about newly appointed ISRO Chairman