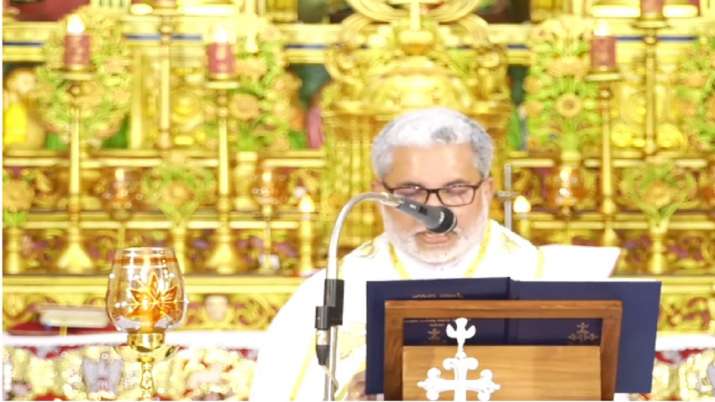 A Catholic church bishop in Kerala Joseph Kallarangatt on Thursday triggered a controversy, saying that Christian girls were largely falling prey to “love and narcotic jihad” in Kerala and wherever arms cannot be used, extremists were using such methods to destroy the youth belonging to other religions.

Addressing devotees, Pala (Kerala) Bishop Joseph Kallarangatt said, “they’ve realised that in a nation like India, taking up weapons & destroying others isn’t easy, they’re using other means. Their aim is to promote their religion & end non-Muslims. They use ‘love jihad’ & ‘narcotic jihad.'”

“Jihadis, through love or other means, use women from other religions for misusing, for terrorist activities, or for economic gains…Those trying to prove that there’s no ‘love jihad’ are trying to feign ignorance. It’s not just a love marriage, it’s a war strategy,” he said.

As part of the “love jihad”, non-Muslim girls, especially those belonging to the Christian community, were largely being converted after trapping them in love and being exploited and misused for destructive activities like terrorism, Pala Bishop Mar Joseph Kallarangatt, belonging to the Syro Malabar Church, alleged.

He was addressing devotees during a church celebration at Kuruvilangad in this district.

Cautioning against the presence of Jihadis, who try to cultivate communalism, religious disharmony, intolerance and contempt across the world, in Kerala also, the Bishop said they were using different means to destroy other religions.

“Two such means are love jihad and narcotic jihad. As jihadis know that it is not easy to destroy people belonging to other religions using weapons in a democratic country like ours, they attempt other such means to achieve their target,” Kallarangatt alleged.

Quoting the recent statements of former DGP Loknath Behera, he said Kerala had turned out to be a recruiting centre of terrorists and a sleeper cell of extremist groups was present in the southern state.

Alleging that jihadis were trained in trapping and brainwashing girls belonging to other religions, Kallarangatt noted that it was Christian and Hindu girls from the state who had been converted and sent to the terrorist camps in Afghanistan recently.

The matter should be examined seriously how they had been converted and reached the terrorist camps abroad, he added.

“Nowadays, Christian girls are largely becoming victims of such traps… We need to recognise that jihadis, with extreme mindset, have laid the trap in schools, colleges, hostels, commercial establishments and other such public places and institutions with an aim to lure the girls at their tender age,” he said.

The Catholic priest even said that those, who try to establish that ‘love and narcotic jihad’ does not exist in the state, were just shutting their eyes to reality.

“The politicians, socio-cultural leaders and journalists, who try to deny the fact, may have their own vested interests to do so,” he added.

(With inputs from PTI)

As Clashes Erupt Around Al-Aqsa Mosque in Jerusalem, All You Need to Know About the Recent Violence