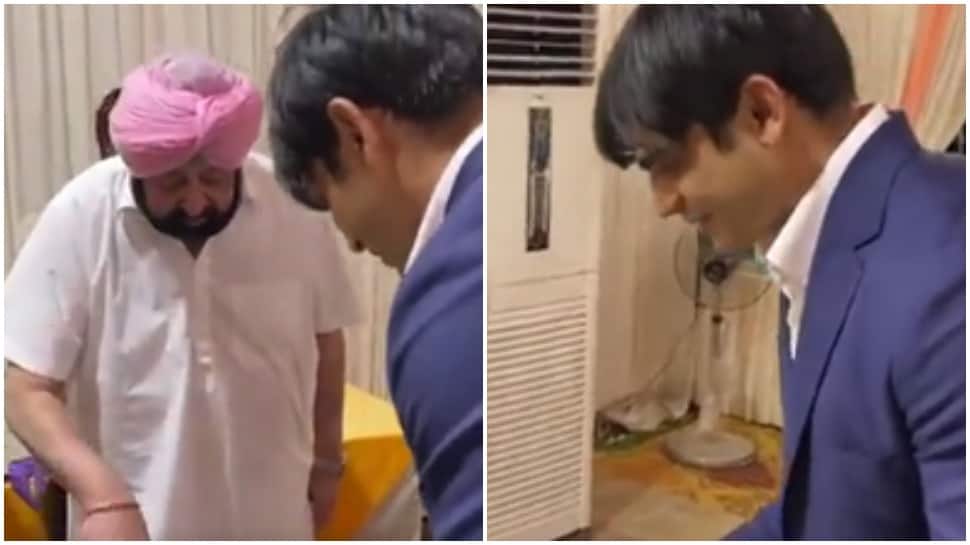 Athlete Neeraj Chopra’s life has taken a turn after his Gold medal win at the Tokyo Olympics, but it has not altered his humble nature even one bit. He expressed his gratitude towards Punjab Chief Minister Amarinder Singh after a dinner hosted for the Indian Olympic medallists in Chandigarh.

Chopra expressed happiness for giving the highest levels of respect to sportspersons.”I am feeling happy that for the first time any chief minister is taking out time like this for sportspersons. This shows how much he loves sports and sportspersons. I thank him for giving us so much respect,” said Chopra while speaking to reporters in Chandigarh about the dinner hosted by the Chief Minister at his farmhouse in Mohali on Wednesday.

The Chief Minister was seen serving his guests personally, straight out of the ‘patilas’ in which he had cooked his choicest dishes earlier during the day. “I started at 11 in the morning. Most of it was done by around 5 pm., and then it was time for some final touches. But I loved every minute of it,” said the Chief Minister in an official statement.

“They (the sportspersons) worked so hard to win us glory, what I have done for them is nothing in comparison,” he added.

Privileged to have hosted our Olympians for dinner tonight. Thoroughly enjoyed cooking for them. May you continue to bring great laurels to the country. pic.twitter.com/hI2ntXtZQs

“Privileged to have hosted our Olympians for dinner tonight. Thoroughly enjoyed cooking for them. May you continue to bring great laurels to the country,” the Chief Minster tweeted.

Speaking to the media, Chopra also said that after the Tokyo Olympics 2020, the perspective towards sports has changed in a positive manner.”I am sure that the Indian government will work towards creating better infrastructure for sports and provide facilities to sportspersons,” said Chopra.

(With inputs from ANI)