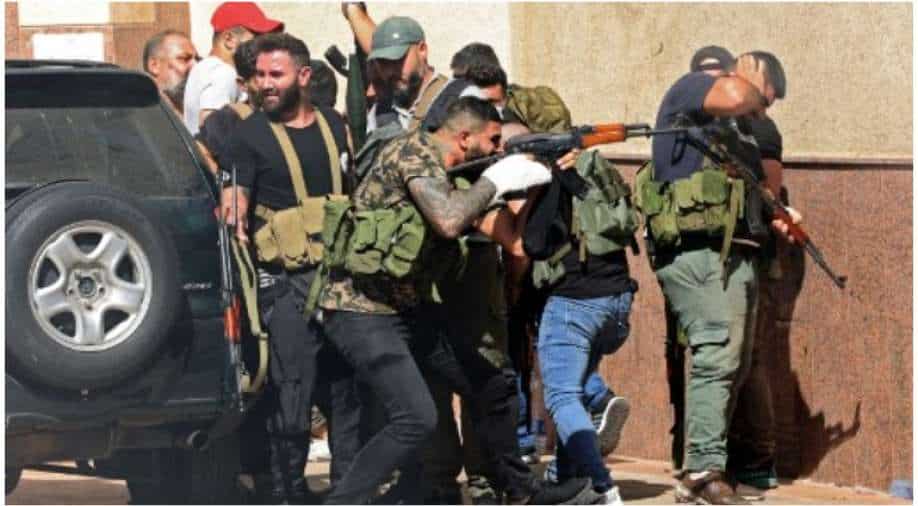 At least Six people were killed and dozens were wounded in violence involving gunfire during a Beirut protest rally organised to demand dismissal of Beirut blast lead investigator. The protest rally was organised by Shiite Hezbollah and Amal movements in Thursday.

The army deployed tanks and troops to quell street battles that sparked memories of the 1975-1990 civil war for a city already traumatised by last year’s blast disaster and Lebanon’s worst-ever economic crisis.

The army reported  “bursts of gunfire in the area of Tayouneh – Badaro”.

“The army rushed to cordon off the area and deploy in its neighbourhoods and their entrance. Patrols started as did the search for the shooters to detain them,” it said.

“Weapons cannot return as a means of communication between Lebanese parties, because we all agreed to turn this dark page of our history,” he said in reference to the civil war.

In a follow-up statement, the military warned that it would open fire at anyone firing live rounds, calling on civilians to evacuate the area.

Prime Minister Najib Mikati called for calm to be restored and warned against attempts to drag Lebanon into violence.

The Beirut blast had taken place on August 4, 2020 at the Beirut port when large amount of Ammonium Nitrate exploded. The blast killed hundreds and caused devastation in areas of the Lebanese capital.

How years of dysfunction, corruption and incompetence led to Beirut explosion

US Wins Seat On UN Rights Council In Uncontested Election

FDA Likely To Rule On Virus Pill In December