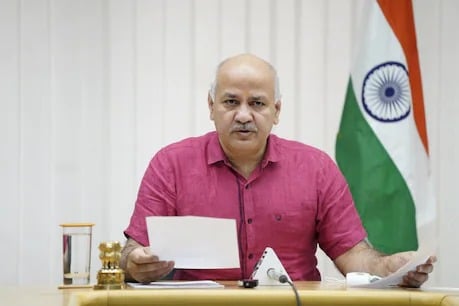 Addressing an online briefing, the deputy chief minister also accused Prime Minister Narendra Modi of “picking fights with states”. Sisodia said the Delhi government received a letter from the Centre on Tuesday that said that the proposal for the doorstep ration delivery scheme for poor people has been rejected.

The Centre, he said, cited “funny excuses” for its decision. It asked how ration will be delivered to beneficiaries who live in narrow lanes and multi-storey buildings and what will happen if ration delivery vans break down, he said.

Sisodia claimed the Delhi government did not send any proposal on the scheme to the Centre for its approval. “What proposal did they reject when none was sent to them?” he asked.

The deputy CM said, “Ration distribution under public distribution system is the responsibility of the state.” “If people can have pizza, clothes and other consumables delivered to their homes, why can’t ration be delivered to their doorstep?” he asked. Citing the Centre’s clash with West Bengal and Maharashtra governments, Sisodia said, “I want to ask the prime minister why he is always in the mood to quarrel. The country has never seen such a quarrelsome prime minister in the last 75 years.” The Delhi government planned to launch the scheme for the doorstep delivery of ration in June.

The launch was halted after the lieutenant governor returned the file on the scheme stating that it could not be implemented, according to a statement from the Chief Minister’s Office. According to the Delhi government, if implemented, the scheme would benefit 72 lakh ration cardholders in the city.

Delhi Begins Covid-19 Vaccination for People Above 18; All Slots Booked for Next Two Days

Delhi’s O2 Requirement Down to 582 MT, Told Centre to Give Surplus Quota to Other States: Sisodia