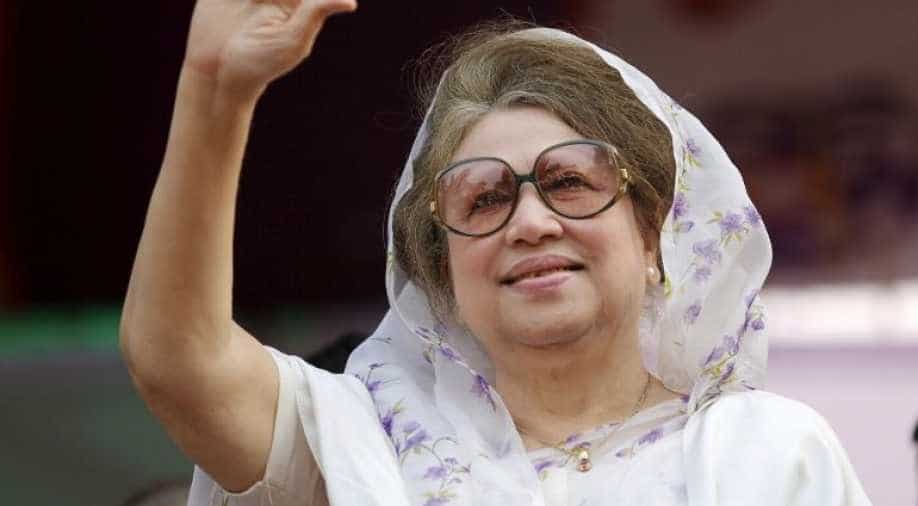 Zia, 76, arch-rival of current Prime Minister Sheikh Hasina, was admitted to the critical care unit of a Dhaka hospital early this month after her health worsened, one of her doctors told AFP.

She is currently barred by a court from travelling overseas after being convicted on graft charges in 2018.

“She is critically ill and now urgently needs treatment in developed countries such as the United States, Germany and Britain. There is no treatment for her in the region,” doctor A.Z.M. Zahid Hossain said.

Organisers said a protest Monday outside Dhaka’s National Press Club drew more than 15,000 activists and supporters of Zia’s Bangladesh Nationalist Party (BNP), but police put the number at around 7,000.

Hundreds of police were deployed.

The BNP, which was last in power from 2001 to 2006, also staged demonstrations in dozens of other cities and towns across the country of 169 million people.

In the northern district of Natore “about 20 people were injured including three journalists” when BNP activists clashed with police who tried to thwart a procession, a police inspector told AFP.

“They (BNP activists) threw rocks at police, who fired tear gas and (rubber bullets) from shotguns to disperse them,” he said.

Hossain, who is a vice president of the BNP, said Zia was suffering from liver disease, chronic kidney disease and a heart complaint in addition to her existing conditions of rheumatoid arthritis and diabetes.

“I have done whatever I can for Khaleda Zia. Now the law will decide the next course of action,” Hasina told a press briefing.

“Using whatever (authority) is in my hand, I have managed to keep Khaleda Zia at her home (not in jail),” she said.

Zia was sentenced to 10 years in prison in February 2018 on graft charges that her party says were politically motivated.

But she was released in March last year as her condition worsened in a jail where she was the only inmate. She has since been barred from flying abroad.

“On February 8, 2018, she walked to the jail without assistance. But when she was released on March 25, 2020, she came out in a wheelchair. Now she can’t move or do any normal activity without assistance,” Hossain told AFP.

Thousands of Myanmar villagers poised to flee violence to Thailand