At over 9 hours, Australian man sets new world record for the longest plank 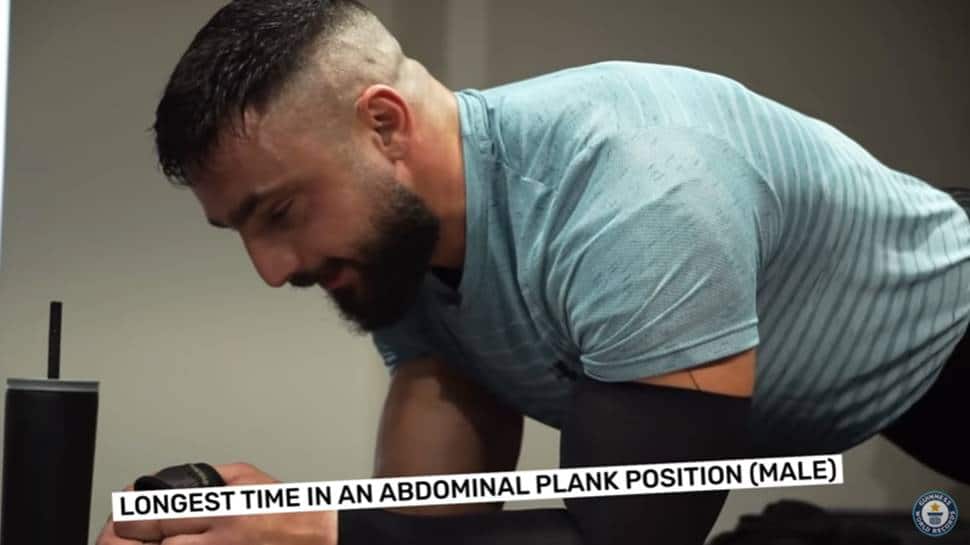 New Delhi: An Australian man Daniel Scali recently set a new world record by staying in plank position for over 9 hours, bagging the title of ‘longest time in the abdominal plank position (male)’. The previous record was 8 hours 15 minutes and 15 seconds while the new record has been set with a time of 9 hours, 30 minutes and 1 second.

Guinness World Record (GWR) shared a video detailing his record on their social media handles. The clip has left people in awe who cannot stop admiring his grit and determination.

Scali created the record on August 6, 2021. The GWR called the feat “impressive” because Scali has CRPS (complex regional pain syndrome) that leaves his left arm in almost constant pain.

The netizens were awestruck and they reacted with mush gusto. One user wrote, “wow, that is incredible…. congrats!” While another commented that they could not even sleep in one position for that long. “9 hours is great. I can’t even sleep in this position for 8 hours.” Another user rued that their personalbest was three minutes, “My best is 3 minutes”.

The video on YouTube has got 15.4 lakh views since it was shared and the numbers are increasing. The share has also accumulated tons of different comments.

Rescuers race to save 270 stranded whales in Australia

They Came, They Saw, They Conquered: Fed Up of New Covid Variants Emerging Every Day? There’s More