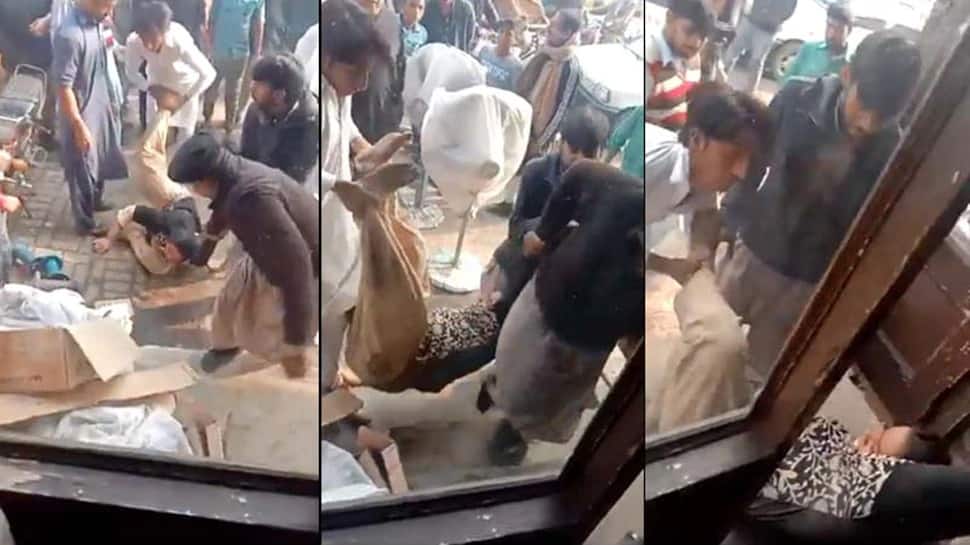 Lahore: A group of people in Pakistan stripped four women, including a teenager, dragged and beat them up after accusing them of ‘shoplifting’ in the country’s Punjab province.

The incident took place in Faisalabad, some 180 kms from Lahore, on Monday.

The four women, including a teenager, were seen in a viral video pleading to the people surrounding them to let them have a piece of cloth to cover themselves after being stripped but they were beaten with sticks.

The women were seen crying and requesting the people to let them go but to no avail. They were paraded naked in the streets for an hour.

The Punjab police swung into action after a couple of videos of the incident went viral on social media.

“We have arrested five main culprits in this unfortunate incident,” a Punjab police spokesperson said in a tweet on Tuesday.

He said that the police are investigating the matter and all those involved in it will be brought to justice.

An FIR has been registered against five suspects and several others under relevant provisions of the law.

According to the case, the victim said that they went to the Bawa Chak market in Faisalabad to collect waste.

“We were thirsty and went inside the Usman Electric Store and asked for a bottle of water. But its owner Saddam accused us of entering the shop with the intention to steal. Saddam and other men started beating us. Then they stripped, dragged and beat us through the marketplace. They also made our videos after stripping us… No one in the mob tried to stop the culprits to stop this atrocity,” according to the complaint.

Faisalabad police head Dr Abid Khan said that five main culprits, including Saddam, have been arrested while raids are being conducted to arrest the absconding accused.

Pakistan: 4 cops among 8 killed, over 250 injured in clashes between proscribed Islamist group and police

‘State above a state’: Sharif regrets that no Pak PM able to complete full term ever