All new and inspired: Kashmir gets its first art and culture centre 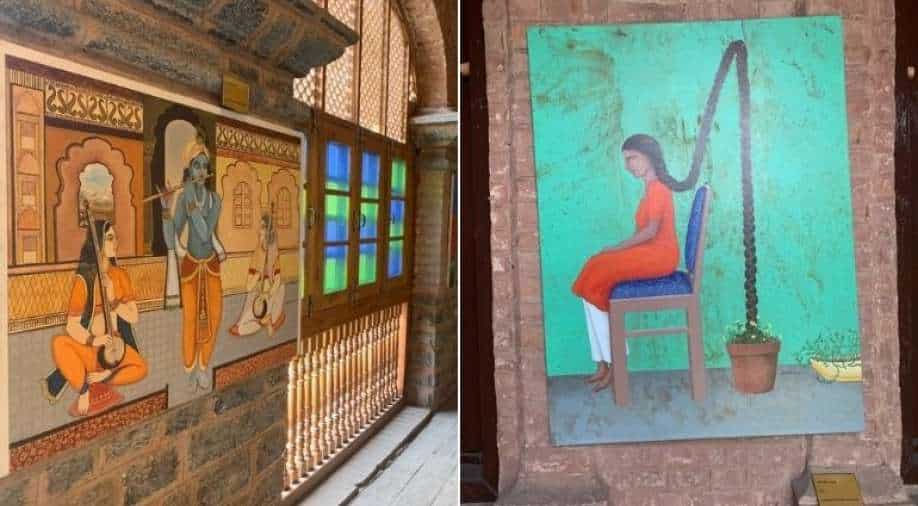 There is good news for the artists and art lovers in Kashmir Valley. The government of Jammu and Kashmir has converted an 18th century building, earlier used as the civil secretariat, into the first Art and Cultural centre in Srinagar.

The contemporary artists can put up their work for exhibit. Additionally, art work which might be as old as 300 years have been put up in the gallery.

This has come as piece of good news as Kashmir artists had no art gallery till now to showcase their work and now the building will be used to promote art and culture in the Valley.

Artists had been demanding since decades to have a platform where they can showcase their talents.

“‘It’s a nice initiative since we were fighting for it. It was a struggle for an art gallery by our senior artists. I think we have finally reached the goal. Now the government has done the inaugural show. I hope this will give a new dimension to Kashmir contemporary art. The people of the valley will be able to witness art. Till now, they were not aware because of the platform issue. Obviously when people will display the work, the new generation artists will come there and get inspired. Art galleries are meant to inspire people,” said Naushad Gayoor, an artist.

The Jammu and Kashmir government with the help of the central government started work on this project three years ago. The Shergari Palace was built in 1772 when Afghan governor Jawansher Khan ruled Kashmir. It was later used by the Dogra rulers after which the complex was turned into erstwhile state Assembly and Legislative Council and also used as Administrative Secretariat.

‘”We had submitted a DPR to the government of India for the financial assistance of around 137 crores for the whole complex. This will be the first kind of complex in Jammu and Kashmir that will become the cultural centre where we are going to display various artefacts which we are getting from SPS Museum and they will be displayed here in various buildings. So far, this building is concerned we have already converted the stone building into the art museum,” said Mushtaq Ahmad Beigh, Deputy Director, Archives.

“We have paintings from various institutes. The work started in 2019 is still ongoing. We have restored it in its original glory. The khatamband ceiling was introduced in Kashmir with this building. The art was called mouj. We have displayed more than 150 paintings here. The artists can come here and we will provide the space for exhibitions. There will be an international art gallery.”

Since there are no art galleries in the Kashmir valley, this centre has been getting a lot of response already. The entree has been kept free and anyone can visit it during 10 am-5 pm every day, barring Monday.

“The response is very good. People associated with art, as well as students, are coming to this place. We are getting a great response. We started it on August 15 and it’s been going really well. The officers here have worked day and night on this. This is the first art museum in Kashmir. The private institutions are also coming here,” said Ghulam Jeelani Malik, officer in the museum.

The government believes that this can become the hub of art and heritage in Kashmir.

Shocking! Woman in her 30s raped, brutalised in Mumbai