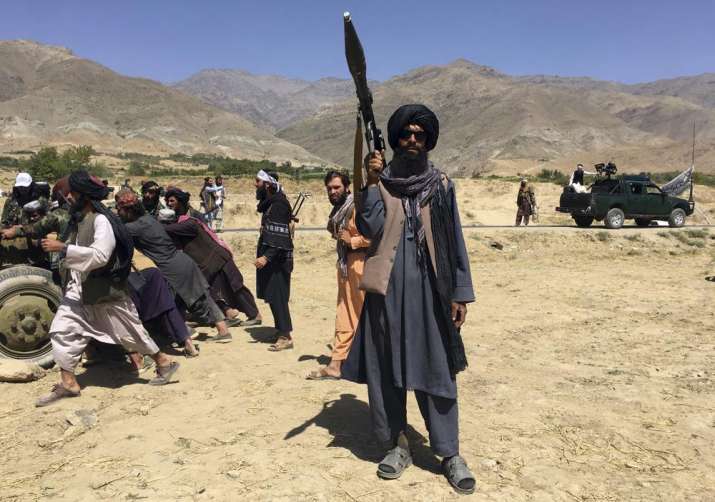 Taliban authorities in Afghanistan have been detaining and assaulting journalists and imposing new restrictions on media work, the Human Rights Watch said.

Demand is growing for the Taliban to stop the assaults, drop the restrictions and ensure that Taliban members responsible for abuses against protesters and journalists are appropriately punished.

On September 7, Taliban security forces had detained Taqi Daryabi and Nemat Naqdi, both journalists from the Kabul-based media outlet Etilaat-e Roz. The reporters were covering a protest by women in Kabul demanding an end to Taliban violation of women and girls’ rights.

Etilaat-e-Roz reported that Taliban authorities took the two men to a police station in Kabul, placed them in separate cells, and severely beat them with cables. Both men were released the next day after which they received treatment at a hospital for the injuries they suffered on their backs and faces.

“Taliban authorities claimed that they would allow the media to function so long as they ‘respect Islamic values’, but they are increasingly preventing journalists from reporting on demonstrations,” said Patricia Gossman, Associate Asia Director at Human Rights Watch, adding: “The Taliban need to ensure that all journalists are able to carry out their work without abusive restrictions or fear of retribution.”

The Taliban authorities also detained a Tolo News photojournalist, Wahid Ahmadi, on September 7, and released him the same day. They confiscated his camera and prevented other journalists from filming the protest.

Since early September, Afghan women and girls in several cities have been holding protests against Taliban’s violation of women and girls’ rights, including denial of their right to education and access to employment.

Women have spearheaded these protests, but increasingly men have also joined them. On September 7, hundreds of protesters – both women and men – marched through Kabul chanting slogans critical of the Taliban.

Taliban security forces have disrupted most of these recent demonstrations by beating up the protesters, confiscating and damaging cameras, and by threatening the reporters.

On September 7, the Taliban had announced that protests, in general, are illegal unless approved from beforehand.

However, some journalists covering the protests have said that Taliban officials have told them that reporting on protests is also illegal now.

Taliban commanders and fighters have for long engaged in a pattern of threats, intimidation and violence against members of the media, and have been responsible for targeted killings of journalists, the Human Rights Watch said.

International human rights law prohibits arbitrary restrictions on the rights to freedom of speech and expression, including detaining journalists and banning media outlets.

“Taliban authorities are obligated under international law to respect and uphold everyone’s right to peaceful protests and to respect the rights of women and girls,” Gossman said, adding: “The concerned governments should press the Taliban to protect free expression and peaceful assembly.”

Around 20 highways in India will have emergency airstrips: Nitin Gadkari | Exclusive