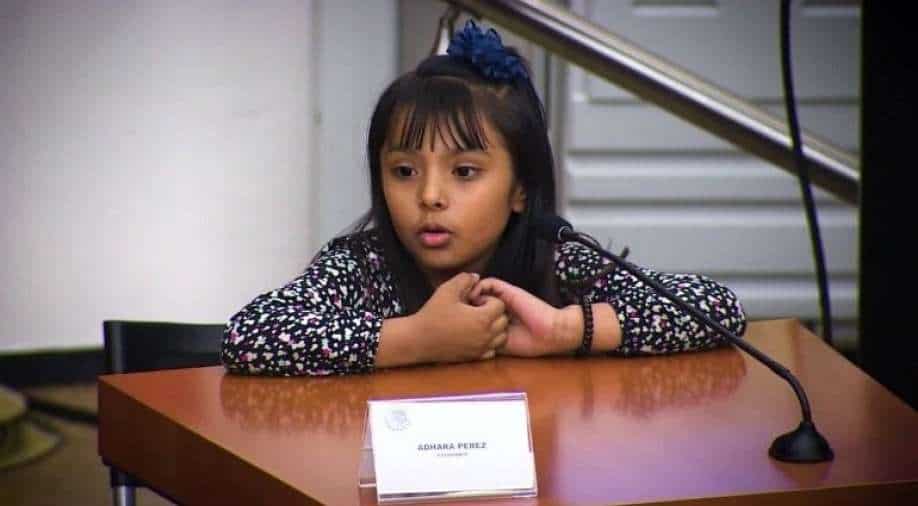 An eight-year-old girl living in Mexico has a higher Intelligence Quotient (IQ) than Albert Einstein and Stephen Hawkings.

Adhara Perez has an IQ of 162 in comparison to Einstein and Hawkings who had an estimated IQ of 160.

Perez, who was diagnosed with Asperger’s syndrome, lives in the slums of Tlahuac in Mexico.

As a result, she had developed severe depression and did not want to go to school anymore.

According to her mother Nallely Sanchez, “I saw that she was playing in a little house with her friends and they locked her up. And they started calling her names like ‘Oddball, weirdo!’, then they started hitting the little house. So, I said, I don’t want my daughter to suffer.”

Adhara’s mother took her to therapy at a place called the Talent Care Centre where her extraordinary IQ was identified.

Defeating all odds, she finished her schooling when she was able to finish her elementary, middle, and high school when she was just eight-year-old.

She pursued degrees for two online courses and wrote a book called ‘Do Not Give Up.’

Now, Adhara is building a smart bracelet to monitor the emotions of differently-abled children. It can prevent seizures and other outbursts as well.

She has also featured in Forbes Mexico’s 100 ‘Most Powerful Women in Mexico’ list.