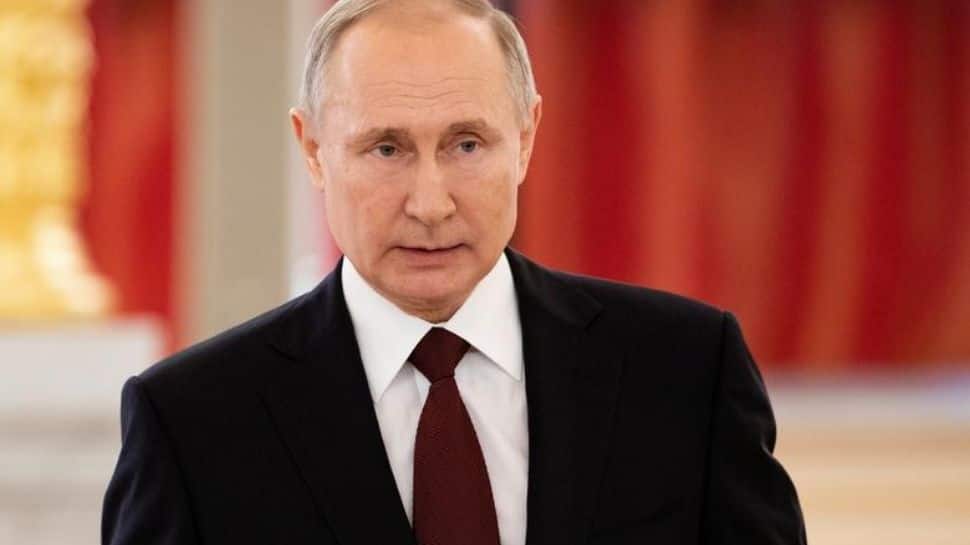 New Delhi: Russian President Vladimir Putin on Thursday (September 9) said that Afghanistan should not become a “source of terrorism” and turn into a “threat to its neighbouring countries”. Russian President made the statement at the 13th BRICS summit, which was chaired by Prime Minister Narendra Modi.

“The withdrawal of US forces and its allies from Afghanistan has led to a new crisis, and it’s still unclear how this will affect global and regional security. It is for good reason that our countries have paid special attention to this issue,” Putin said at the virtual summit also attended by Brazilian President Jair Bolsonaro, South African President Cyril Ramaphosa and Chinese President Xi Jinping.

He added, “Afghanistan should not become a threat to its neighbouring countries, a source of terrorism and drug trafficking.”

Further, Putin asserted that Russia is ready to continue cooperation with its partners in the BRICS group in all fields. “I expect our work today to be substantive and fruitful and I would like to point out once again that Russia is ready to continue close cooperation with all BRICS members in all fields,” Putin said as per Russia’s official TASS news agency, PTI reported.

The theme for this year’s BRICS summit was “Intra-BRICS cooperation for continuity, consolidation and consensus.” Praising the theme chosen by India, Putin said it is quite ‘relevant’. “In fact, this is the goal that the entire international community is facing and five BRICS members play a significant and notable role in achieving this goal,” the Russian President said.

The BRICS summit ended with the leaders adopting “New Delhi Declaration” on Afghanistan, where the BRICS (Brazil-Russia-India-China-South Africa) leaders called for refraining from violence and settling the situation by peaceful means in the war-torn nation, via inclusive intra-Afghan dialogue to ensure stability, civil peace, law and order in the country, ANI reported.

Pak should ensure Afghan Soil is not used to spread terrorism: India to Russia

Immigrant children burned by scalding water and threatened in US’ emergency shelter: Reports